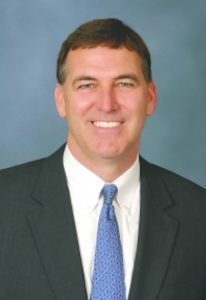 Former Illinois Senator John Sullivan has been named as director of the Illinois Department of Agriculture by Gov.-elect J.B. Pritzker.

This week’s farm and rural news roundup includes details on incoming Governor J.B. Pritzker’s agriculture team, which includes some folks central Illinois farmers may be familiar with. Also, we have some year-end reflections and top stories of 2018 to share, courtesy of the Illinois Farm Bureau. In addition, what will the market for corn-based ethanol look like once electric cars are phased in? This was a topic of discussion at the recent Farm Economics Conference. Please read on …

CHICAGO — Incoming Illinois Gov. J.B. Pritzker has named former 47th District State Senator John Sullivan to the state’s top agricultural post, director of the Illinois Department of Agriculture, according to a news release from Pritzker. Sullivan, of Rushville, served his district from 2003-16 and is also a former chair of the Senate Agriculture and Conservation Committee.

In the news release, Pritzker’s camp noted that during his tenure in the Senate, Sullivan was a strong advocate for the state’s agriculture industry and pioneered new agricultural and renewable fuel programs. He also championed legislation to create jobs, improve industry and infrastructure, and grow the economy. Before his public service career, Sullivan managed his family owned auction business and farmed. He received a Bachelor of Arts in history at Quincy College.

“Gov.-elect Pritzker made a solid choice in his nomination of John Sullivan to lead the state ag department,” said Ted Mottaz, president of the Illinois Corn Growers Association. “ICGA has depended on Mr. Sullivan’s leadership in the state senate on several occasions, most recently when Senator Sullivan sponsored legislation that would incentivize the inclusion of higher ethanol blends as a cost-saving choice at the gas pump. We’re confident that Mr. Sullivan’s firsthand knowledge of farming will bring an effective, no-nonsense approach to managing the department of agriculture.”

Illinois grain farms could average near negative $60,000 in 2019 income if yields return to trend levels. (Gary Schnitkey/ U of I)

CHICAGO — In early December, Gov.-elect Pritzker gathered members of his “Growing Our Agricultural Economy Committee” together in Chicago for their initial meeting. The get-together was described as a great success by Colleen Callahan, who was called on to lead the committee by Pritzker. “The Pritzker transition team has assembled a very broad group with expertise that spans so many different areas,” Callahan told RFD Radio’s DeLoss Jahnke. (note: RFD Radio is not affiliated with this column)

One of the topics of the committee meeting was funding for the IDOA. “One participant said we need to fully fund the IDOA, and we need to have a fully functioning organization in the state that is not only representing agriculture but has the capacity to do what its challenges and charges are.”

Callahan served as Illinois rural director for the USDA under President Barack Obama from 2009-16. She resides in rural Peoria County and in recent years has been active in promoting community and rural solar energy projects.

Nielsen: Farmers should be pleased with Agriculture Act

BLOOMINGTON — Illinois farmers should be satisfied with the final 2018 Farm Bill, which was signed into law by President Donald Trump on Dec. 20, according to Illinois Farm Bureau director of national legislation Adam Nielsen. “We ended up with a farm bill that I think most farmers are going to be very happy with,” said Nielsen, who cited the maintenance of a healthy crop insurance program in the farm bill as one major victory for farmers. “We’re (also) going to have permanent funding for market assistance and market development. Livestock producers will see a vaccine bank for foot and mouth disease.”

Conservation programs will also look much like they did in the past, after pushback from calls to abandon the Conservation Reserve Program. “The conservation title in the farm bill is a very important part of any program that goes on in a watershed,” said Chuck Spencer of GROWMARK. “And we know the professionals at the Natural Resources Conservation Department at USDA are working absolutely as hard as they can to get their forms processed and projects approved.” (Jim Taylor/IFB news)

EAST PEORIA — A rapid transition planned by carmakers to electric vehicles during the next decade or two will mean greatly reduced demand for fossil fuels and, in turn, corn-based ethanol. But markets for biodiesel will remain somewhat solid for the manufacture in the mass transportation sector, said Scott Irwin, professor at the University of Illinois College of Agricultural and Consumer Economics. Irwin spoke briefly on the subject during a Q&A session near the end of the 2018 Farm Economics Summit, held Dec. 19 in East Peoria.

“My outlook is that in the next 15 to 20 years we will switch to a largely all-electric vehicle fleet but there will still be some good opportunities,” for plant-based energy sources, Irwin said. “The timing of this adoption is still hard to predict, but it will be a very long transition. I think that Illinois and Cornbelt agriculture should be strategically thinking ahead to what I call the next RFS, knowing that electrical vehicles are the future. Liquid surface transportation fuels are going to be gone.

“But a big opportunity we should be putting a lot of thought into are two places where there are no prospects for liquid fuel: air transportation and oceangoing maritime vessels. I think we need to be on board now in these early stages. Just in air travel, there is a potential for 20 million gallons per year,” according to Irwin. “In the long run we may not grow as much corn here in the Midwest, instead focusing on high oil-content crops.”