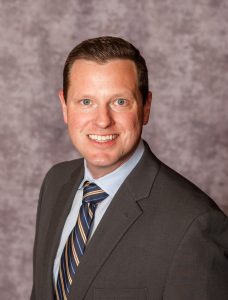 Illinois Department of Agriculture chief of staff Grant Hammer, a Springfield native, is getting into the spirit of Illinois’ upcoming 200th anniversary celebration with an op-ed he penned and sent to news publications throughout the state.

This week’s farm and rural news roundup is led by news of the delayed approval of Bill Northey to lead a key new USDA post, and Illinois Corn’s approval of the appointment. We also have comments from outgoing University of Illinois Extension dean George Czapar on his departure, and from the chief of staff for the Illinois Department of Agriculture on the state’s bicentennial celebration. For these and more news items, please plow ahead …

BLOOMINGTON — After a four-month hold on the appointment of Iowa Agriculture Secretary Bill Northey to a newly created, top United States Department of Agriculture post over conflicting interests of oil and ethanol, President Trump’s nominee was confirmed on Feb. 28. The forced hold on Northey’s appointment was spearheaded by Texas Sen. Ted Cruz in an effort to force changes to the nation’s renewable fuel standard. Once lifted, the nomination was easily approved by a voice vote.

“I applaud Bill Northey’s patience over these many months, which demonstrates what a strong leader he will be at USDA,” stated U.S. Agriculture Secretary Sonny Perdue following the confirmation. “Bill will come aboard at a crucial time, as his knowledge and expertise will be immediately put to use as the new Farm Bill is formulated to address the needs of American farmers.”

Illinois Corn Growers Association president Aron Carlson of Winnebago called Northey’s confirmation a great choice for the newly created position of USDA Under Secretary for Farm Production and Conservation. “We’ve been supportive of his nomination from the beginning,” Carlson said, in an Illinois Corn news release. “It was getting tiresome to see big oil politics holding up the process.”

Carlson urged Northey to heed the grassroots policies set forth during last week’s annual Corn Congress regarding the 2018 Farm Bill, ethanol, conservation interests, trade, and waterways infrastructure and how they relate to farm profitability. “Corn farmers are ready to roll up our sleeves and get to work to improve profitability,” he said. “Mr. Northey will be a great asset in that effort.”

Interim dean named for U of I Extension

URBANA — Dr. Shelly Nickols-Richardson began her interim appointment as associate dean and director of the University of Illinois Extension program on March 1, replacing Dr. George Czapar, who had led Extension through challenging economic circumstances and realignment since 2013. “Dr. Nickols-Richardson brings a tremendous amount of administrative leadership experience to this role, which will serve well as she works closely with all of us to evolve the Extension enterprise to the next level of excellence,” U of I College of ACES dean Kim Kidwell said.

Nickols-Richardson spent the past five years as head of the university’s Department of Food Sciences and Human Nutrition, and was a member of the Extension 3.0 Task Force that was charged with addressing the opportunities and challenges Extension is facing, such as continued budget cuts. Czapar said he was not privy to the findings and recommendations brought forth by the Task Force. “I have not seen the final report, but I am confident our staff will continue to strengthen the connections between research and Extension,” he said in an email.

Moving forward, Czapar said the best advice he could give his successors is to embrace that “Extension is a really unique part of the university. We help disseminate research-based information, but we also have an important role helping to identify local needs and recognizing current research gaps. This two-way exchange of information is a great way to make sure that we are addressing the most important problems.”

Czapar said he was proud to have served the Extension systems dedicated professionals around the state and to have helped steer the ship through turbulent financial waters. “I am grateful to have had outstanding colleagues to work with and I look forward to the continued success of Extension,” he said.

SPRINGFIELD — Illinois Department of Agriculture chief of staff Grant Hammer, a Springfield native, is getting into the spirit of Illinois’ upcoming 200th anniversary celebration with an op-ed he penned and sent to news publications throughout the state. Saying his “heart was born, built and grown right here,” Hammer’s opinion piece praises Illinois’ pioneering scientists, acclaimed authors, artists, athletes and others, but notes that “from Chicago to Cairo, agriculture is the tie that binds.

“From the downstate bean field to the factory floor and on to the freight yards, crops and livestock bridge the urban-rural divide. Our state is home to some of the world’s most skilled farmers, who till the planet’s most fertile farmland. And our people’s expertise extends beyond the prairie to our world-class city of Chicago’s food processing, transportation and world market access.

“As the chief of staff for the (IDOA), I am consistently amazed at the wide array of people and businesses that makes Illinois a national leader in agricultural and food-related exports. Our people help fill the world’s bread basket. We are Illinois.”

PEORIA — One of the largest (and still growing) Farmer’s Share of the Food Dollar Breakfast events is returning March 10, to Exposition Gardens in Peoria, from 7-11a.m. The 18th Peoria County Farm Bureau-sponsored breakfast will include two pancakes, two 2-ounce whole hog sausage patties, two scrambled eggs, an 8-ounce glass of Prairie Farms milk and orange juice. This year’s price of 90 cents reflects the farm value of wheat, pork, eggs, milk and Florida orange juice solids used to create the meal. Compared to the estimated retail value of $10 for the meal, the price reflects the markup which occurs after farm products leave the hands of growers and producers. Other activities include a 2017 Farm Bureau photo contest display, farm equipment exhibited by local dealers, Barnyard Discoveries petting zoo, and a new horse and pony display area outside the building, among many other attractions and displays. Call the PCFB at 686-7070 or visit www.peoriacountyfarmbureau.org for more information on the breakfast.