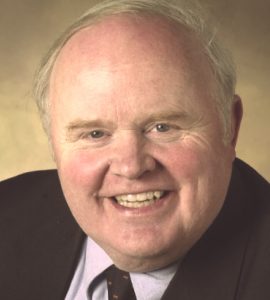 This week’s farm and rural news report includes a drop in farm bankruptcies during 2020, which occurred as farmer confidence in the agricultural economy intensified. But are those farmers confident moving forward? Also this week: Higher feed costs affecting the dairy industry was a major topic of discussion at the Illinois Dairy Expo last week. For more, please read on …

WASHINGTON, D.C. — There were fewer farm bankruptcies in the nation during 2020, according to data at a district court level. The American Farm Bureau Federation noted that while Chapter 12 bankruptcy filings dropped 7 percent in 2020, many producers are not out of the woods yet.

While farm loan delinquency rates continue to increase at banks, USDA has temporarily suspended collections, foreclosures and other actions on farm loans and collections. According to USDA, more than 12,000 farmer borrowers will benefit from these recently announced debt suspension plans. (AFBF news)

WEST LAFAYETTE, Ind. — Though farmer confidence in the agricultural economy remains strong, Purdue University’s Ag Economy Barometer drifted lower in January to a reading of 167, a decline of seven points from the previous month. This can be credited to weaker expectations for the future, according to the 400 U.S. agricultural producers contacted to participate in the monthly study.

“The Ag Economy Barometer drifted lower in January as the impact of weaker expectations for the future outweighed strong current conditions among the nation’s commercial farms. Ongoing strength in the Current Conditions Index appears to be driven by crop price strength, while the deterioration in the Futures Expectations Index seems to be motivated by longer-run concerns about future environmental and tax policies that could impact U.S. agriculture as well as the outcome of the trade dispute with China,” said James Mintert and Michael Langemeier, of Purdue’s Center for Commercial Agriculture. “Buoyed by expectations for strengthening farm financial performance, producers are optimistic that farmland values are likely to rise and are also inclined to think now is a good time to make large investments in their farms.”

The survey, released Feb. 2, also revealed that farmers are somewhat forward-thinking when it comes to environmental improvements on their farm that could reward them financially. Three out of 10 farmers were aware of opportunities to receive carbon capture payments on their farms, and about one-fifth of those farms have actually engaged in discussions about contracting to receive payments. Among the 30 percent of poll respondents aware of these opportunities, 22 percent said they had actively engaged in discussions about receiving a carbon capture payment. This implies that six to seven percent of the farmers in the January survey had given consideration to contractually sequestering carbon.

Finally, producers’ attitudes about receiving a COVID-19 vaccine have shifted since the fall with nearly six out of 10 producers indicating they plan to get vaccinated as soon as possible, the report noted.

BLOOMINGTON — Along with the beef, pork and poultry sectors, dairy feed costs increased as much as 17 percent in recent months due to higher prices commanded by corn and soybeans. According to Mike Hutjens, University of Illinois Extension dairy specialist emeritus, producers should evaluate ingredients such as shelled corn, silage and even soybean meal that still remain below breakeven levels in some areas.

Average corn silage costs, about $40 per ton, are still well below the breakeven level of about $73 per ton, Hutjens pointed out during the 2021 Illinois Dairy Summit, held virtually last week.

“That’s why more farmers in Illinois are going to more silage in the (cows’) diet,” Hutjens said. “While corn is more expensive, it’s still a relatively favorable value, the same for (soy) meal.”

He advised dairy producers that ingredients closer to the breakeven level or above include corn gluten feed and soy hulls, as the cost of distillers’ grains increased in the past year due to tighter supplies. Hutjens also believes the use of cover crops in a double crop system holds tremendous potential to provide feed solutions for livestock. (Illinois Farm Bureau news)

“The AgTechConnect program provides farmers the opportunity to test new innovations on their farm under their management system, encouraging the development of these technologies to help farmers improve their yield, profitability, and sustainability,” said Steve Pitstick, ISA Vice Chairman.

Farmers who would like to learn about agtech opportunities — and agtech companies interested in connecting with Illinois farmers — can visit www.ilsoyadvisor.com/on-farm/ilsoyadvisor/agtechconnect to hook up.