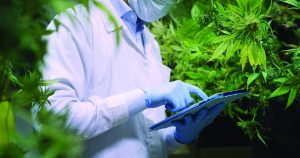 This week’s farm and rural news page contains a briefing on rising farm income levels in 2021, along with the policy priorities of Illinois Soybean Growers and information on the upcoming USDA hemp acreage survey. For this and more, please read on …

URBANA — Illinois grain farm net income, at an estimated $256,000 per farm, was above average in 2020. This is due largely to higher corn and soybean prices in the second half of the year, coupled with payments from ad-hoc government programs including the Coronavirus Food Assistance Program and Payment Protection Program, according to the University of Illinois farmdocDAILY team. The increase in farm net income was considerably above average net farm income from 2014-19, when it was just $78,000.

However, the average farmer did not increase family living expenses with their above average income; rather, capital purchases and working capital saw increases. “In general, farmers used the high net farm incomes in 2020 to improve the financial position of their farm business by 1) building the asset base through capital purchases and 2) improving working capital. In contrast, farms did not, on average, use the increased income in 2020 to finance greater family living expenses,” the economists wrote.

The farmdocDAILY team concluded that net farm incomes will be higher again this year, with increased expenditures on capital purchases and more working capital.

“There is a new sense of healthy urgency when it comes to this committee and our policy work,” said Levin. “We work every day to promote Illinois soy and the issues confronting our farmers. We aren’t just looking to increase product demand, we are looking to increase awareness, appreciation, and opportunity for the men and women who are powering Illinois agriculture forward.”

Board chairman Steve Pitstick added that the ISG will be proactive with their new policy agenda and work to educate and inform lawmakers. According to government relations committee chair Brad Daughtery, the committee is “ready to get to work” informing legislators of the needs of Illinois farmers.

All data collected from producers will be kept confidential, as required by federal law. NASS will publish the survey results Feb. 17 on the NASS website and in the NASS Quick Stats searchable database. Industrial hemp, while tightly controlled, became legal to cultivate in Illinois in 2017 and was legalized federally through the Agricultural Improvement Act in the 2018 Farm Bill.

SPRINGFIELD — Illinois reported the most incidents involving grain bins and other confined agricultural spaces of any state in 2020. This is why there is a renewed emphasis on grain bin safety during the 2021 harvest season, led by the administration of Illinois Gov. J.B. Pritzker and echoed by state lawmakers and others.

“It’s crucial for farmers and other agricultural workers to put safety first during harvest season. Carelessness can cause injury or death. First responders must also be properly trained on the procedures for safely rescuing a worker from a grain bin,” said Illinois Department of Labor Director Michael Kleinik.

“Harvest is often a time where our farmers are up against a clock and rush through ordinary tasks like going in and out of grain bins. People often think they are big enough, strong enough, or fast enough to get out of flowing grain. Unfortunately, problems can snowball quickly,” said Illinois Department of Agriculture Director Jerry Costello II.

Added Illinois State Senate Agriculture Committee Chair Patrick Joyce: “When a farmer falls into a grain bin and gets trapped, it can become a life-threatening emergency. Farmers are not fast enough to get out of flowing grain so it’s important to set aside time to go over safety measures and prepare farmers for a potential grain bin emergency.”

The U.S. Occupational Safety and Health Administration says a worker standing in moving grain can be trapped within five seconds and fully engulfed by grain in less than 30 seconds. “There are three things you need to emphasize: don’t go into bins alone; number two is turn off anything that can make the grain move, so we can keep it static; and lock out, tag out,” cautioned Dave Newcomb, agriculture program manager with the Illinois Fire Service.

The Illinois corn harvest was 55 percent complete as of Oct. 10. (USDA-NASS)