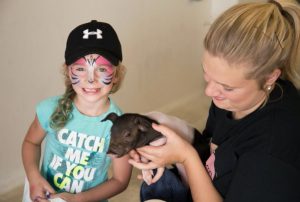 This week’s farm and rural news roundup is led by research showing that soy growers could enhance profitability if the lower Mississippi River is dredged by an additional five feet. Also this week: a noted Purdue University economist says pork producers are going to face a tough road due to oversupply and tariffs. Say, are you a farmer who is fed up with tariffs and trade wars? The Illinois Soybean Association wants you! For more information, please read on …

ANKENY, Iowa — While the media eye seems to have turned away from the president’s ambitious, trillion-dollar national infrastructure rehabilitation plan as of late, new research highlights how one particular infrastructure enhancement offers the potential to increase farmer profitability and enhance the competitive ability of soybeans grown in Illinois — and elsewhere — by farmers who utilize the lower Mississippi River to move their soybeans to the international marketplace.

Research funded by the Iowa-based Soy Transportation Coalition shows that shipping costs for soybeans originating from Mississippi Gulf export terminals would decline 13 cents per bushel — or $5 per metric ton — through the dredging of the lower Mississippi River shipping channel from its current 45 feet to 50 feet in depth. The STC research, performed by Informa Economics IEG, estimated that the dredging would result in Illinois soybean farmers annually receiving more than $77 million more for their soybean crop.

The dynamic would be replicated in other soybean producing states along the inland waterways system, according to a July 9 STC news release. Though Illinois would receive the greatest economic boost from the suggested dredging, the study’s authors estimated that farmers in 31 evaluated states would annually receive an additional $461 million if the lower Mississippi is dredged to a depth of 50 feet. “If our nation desires to make our farmers more competitive in a turbulent marketplace, this investment would be an excellent place to start,” noted Mike Steenhoek, STC executive director.

URBANA — Speaking of a turbulent marketplace, a new report issued by noted Purdue University agricultural economist Chris Hurt, posted on the University of Illinois farmdocDAILY website, predicts the pork industry is headed for a period of large losses. Hurt explained that excess pork on the market will force prices below the cost of production: “Demand will likely be weakened by reduced exports with tariffs in place on U.S. pork exports to China and Mexico. (But) on a positive note, Chinese tariffs on U.S. grains and soybeans are helping to eride feed prices along with favorable growing season weather.”
An ill-timed three percent expansion of the U.S. breeding herd in 2018 is a primary contributor to excess supplies in 2018 and 2019, according to the economist, along with a concern that actual farrowings this summer and fall could be higher than expected. In addition, pork supplies will end up 4 to 5 percent higher by the final quarter of 2018. Finally, large losses facing the pork industry will be a direct result of the current trade wars the U.S. has sparked, Hurt predicted.

“Our success in growing exports to 22 percent of production means that pork became a target of both China and Mexico,” Hurt explained. “Weakness in exports will be expected as long as the tariffs stay in place.”

BLOOMINGTON — The Illinois Soybean Growers group is asking Illinois soybean farmers and farm operators with strong political perspective to toss their caps in the ring for one of two potential open director positions representing Illinois on the American Soybean Association board of directors. But they will need to hurry; applications are due this July 20.

“Producers need a strong voice in Washington, D.C. We are experiencing uncertain times in our industry, and the farmer perspective in agricultural policy has become even more important,” said Stan Born, a Lovington, Ill. farmer and ASA director. “From Hill visits with legislators, to outreach and engagement with producers, buyers and customers, my ASA experience has given me the opportunity to engage with others in the soybean industry in a multi-dimensional way.”

New Illinois directors to the ASA would join current directors Born, Jared Hooker of Clinton, Ron Moore of Roseville, Bill Raben of Ridgway, Rob Shaffer of El Paso and Bill Wykes of Yorkville. Applications, available through the ASA or ISG, are due by the end of this week.

A farm operator’s interior basis is the difference between the local price a farmer receives and the market value established by the Chicago Board of Trade. (Soy Transportation Coalition)

SPRINGFIELD — Choppy and uneven main thoroughfares within the Illinois State Fairgrounds are currently undergoing resurfacing work. Work on three main roads crisscrossing the fair — which are used by pedestrians, cart drivers and the occasional truck — could be resurfaced in time for the August fair, Illinois Department of Agriculture public information officer Morgan Booth said. The road work is funded through $30 million that was appropriated to the Capital Development Board for the fairgrounds, she told the Illinois Farm Bureau news service. The work is expected to be completed within four weeks, placing the deadline very close to the Aug. 9 opening of the Springfield fair; it runs through Aug. 19. The DuQuoin Illinois State Fair will run Aug. 24 through Sept. 3. The theme for both fairs is “Celebrate Illinois: 200 Years of Amazing!”

SPRINGFIELD — Speaking of the Illinois State Fair, pork producers, and ag ambassador recruitment, as we have been, here’s something combining all of those topics: the Illinois Pork Producers Association is seeking volunteers that are knowledgeable about the swine industry to work shifts in the IPPA Piglet Birthing Center at the Illinois State Fair in Springfield. Birthing Center shifts — ideal for youth and a guardian — are available from Aug. 10-18 by contacting Meg Meeker at intern@ilpork.com. Volunteers get free fair admission, a meal at the Pork Patio and a Pork Power t-shirt. (IPPA news)