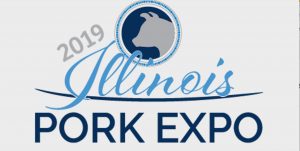 The 2019 Illinois Pork Expo is being held this week in Springfield. Producers will have a chance to complete Certified Livestock Manager Training and apply for a Premises ID number for their farm during the Expo, which ends Jan. 30.

Topping the past week in farm and rural news comes the late-week announcement by the U.S. president that the record-long shutdown of the federal government has ended with a temporary funding bill. What are the implications for agriculture? Also this week: a U of I economist examines what it will take for corn prices to make even the slightest rebound in 2019, and info for livestock producers on how to register your operation for a Premises I.D. number. Please read on …

BLOOMINGTON — Congress united Jan. 25 to pass a temporary funding bill to reopen the federal government for three weeks, ending on Feb. 15. President Donald Trump quickly signed the “common-sense” solution, as he referred to it, into law. Among the many ramifications for agriculture, market analysts and investors are now eagerly awaiting a “catch-up report” on commodity supplies and other market determinants to be issued by the USDA on Feb. 8. Many analysts are expressing concern about possible market upheaval triggered by the results of the first USDA-National Agricultural Statistics Service reports to be issued in more than a month.

For farmers, the machinery was in motion for a return to normalcy as early as Jan. 22, when Trump announced that all Farm Service Agency offices would reopen on Jan. 24 to assist with Market Facilitation Program applications, whose deadlines had been extended during the shutdown, crop disaster assistance, loans, and more. American Farm Bureau Federation President Zippy Duvall welcomed the news in advance of the full government reopening: “Planting time is here for many farmers and very near for most. So far, we have been promised two additional weeks of operation starting on Jan. 28, and three days a week thereafter for as long as those services are needed,” he said. “This is a great start.”

Illinois Farm Bureau director of national legislation Adam Nielsen told news sources that FSA staff — which number around 9,700 federal workers — will also be able to provide service for existing Conservation Reserve Program contracts, the Dairy Margin Protection Program, and the Agricultural Risk Coverage and Price Loss Coverage programs. It is unclear at press time whether the full slate of FSA services will be available during the extension; farmers should check with their area FSA service center with specific questions, or visit www.fsa.usda.gov.

URBANA — “A resolution of the trade dispute with China creates a bullish scenario for corn prices,” according to University of Illinois agricultural economist Todd Hubbs, who tackled the issue of how corn prices could improve in the coming year in a U of I Department of ACES article issued Jan. 23. “The present outlook projects tighter world corn supplies in 2019. When considering world ending stocks without China’s large position, USDA world ending stocks come in near 3.98 billion bushels, down 644 million bushels from last marketing year.”

Calculations of world ending stocks by the USDA do not include lower production by major exporters that developed since December, Hubbs added, referring to reports of lower than expected crop production due to weather issues in Brazil and South Africa. An entry by China into a tight world corn market under a new trade deal would support corn prices, he concluded. Discussion and graphs associated with Hubbs’ article is available online at: https://youtu.be/e60t0DUSo8M.

SPRINGFIELD — The importance of registering livestock farms for a Premises Identification Number is front-and-center, during this week’s 2019 Illinois Pork Expo, running from Jan. 29-30 in Springfield. In addition to offering Certified Livestock Manager Training, the Expo offers producers who have yet to register for a PIN an opportunity to do so, and those who already have a PIN an opportunity to confirm the accuracy of their data with the Illinois Department of Agriculture at Expo Booth #723.

Producers who can’t make it to the Expo can still make changes or apply for a new PIN by calling (217) 782-4944 or emailing Sandy.Gilmore@illinois.gov. Applicants should be prepared to provide: the address where the livestock are located; premises contact information; and name, phone number and email address. An account may list multiple premises associated with it if each premises has its own PIN and each authorized user is identified with name, address and phone number depending on how your business is set up.

The reason for the PIN push at Expo this year is due to heightened preparedness for foreign animal disease outbreaks in the United States. During an early bird session to kick off the Expo, Dr. Liz Wagstrom of the National Pork Producers Council and Dr. Patrick Webb of the National Pork Board led a discussion on FAD preparedness at the President Abraham Lincoln Hotel.

NEW ORLEANS — A number of Illinois county farm bureau offices were honored at the recent 100th American Farm Bureau Federation convention and IDEAg Trade Show in New Orleans for innovative programming at county levels from around the country. Illinois recipients of IDEAg awards included the Knox County Farm Bureau for a promotion in which members teamed up with the Knox-Galesburg Symphony to provide a free, two-hour event on a farm in Oneida. During the event, children made musical instruments from locally grown ag products with supervision from local farmers and adults. Kids were allowed to perform two songs with the symphony using their farm-fashioned instruments.

The Winnebago-Boone office won for a food label literacy campaign during which members put together informational brochures and cards that defined commonly used food label terms. In addition, the Scott-Pike-Adams-Hancock farm bureau office won for their efforts to create a regional television commercial to help consumers connect with farmers. The commercials aired on CBS and NBC affiliates in Quincy and Hannibal, Missouri. (Illinois Farm Bureau news)