This week’s farm news roundup, we’ll talk about weather — isn’t that what farmers do? Also: news from the Illinois Farm Bureau annual meeting in Chicago and their testimony in front of a state Senate panel regarding a controversial animal antibiotics bill. For this and more, please read on …

URBANA — Severe storms, including tornadoes, caused damage across central Illinois on Dec. 1. “The 18 tornadoes reported surpassed the previous December record set in 1957,” according to the USDA Natural Resources Conservation Service Water and Climate Report for Dec. 6. “It is also the third largest outbreak for any month. Destruction included damage to hundreds of homes and widespread power outages. Another set of severe storms impacted the southeast U.S. the same day with damaging winds, local flooding, and isolated tornadoes.”

The freakish weather followed a cold and snowy November in Illinois, according to state climatologist Jim Angel of the Illinois Water Survey. “The statewide average temperature for November was 35.2, which is an impressive 7.3 below normal,” Angel reported in his weekly weather blog. “The highest temperature recorded for the month was 70 at a station in DuQuoin on the first day of the month. The coldest temperature recorded for the month was a chilly 1 at three stations in Lee, Carrol and Knox counties on the night of the 28th. November was an exceptional month for snow lovers statewide, with virtually the entire state seeing its first accumulating snow of the season before the month’s end. Overall monthly snowfall accumulation averaged about an inch in southeastern Illinois, up to 15 inches in the northwest, near the Quad Cities, with several locally higher amounts reported.” 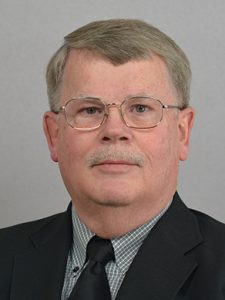 “We cannot allow the leaders of our country to enter an era of isolation and protectionism,” Guebert said during his address at the 104th annual IFB meeting, held in Chicago. “This trend must be reversed.”

Guebert recalled past trade embargoes and outlined five trade-related actions that he said must occur in order to restore vibrant international trade opportunities for Illinois farmers. One of Guebert’s wishes — approval of a U.S.-Mexico-Canada trade pact to replace NAFTA — has allegedly been approved by the countries’ leaders but awaits approval from the nations’ legislative branches of government.

Also on Guebert’s Christmas wish list: elimination of tariffs on steel and aluminum, re-engagement of the Trans-Pacific Partnership or negotiation of bilateral agreements for the 11 participating countries, continued negotiations with China and a push beyond the current ethanol blend wall. The IFB president also announced plans for a 2019 summit to examine the future of food and ag demand, the Illinois Farm Bureau news service reported.

SPRINGFIELD — Testifying at a joint meeting of the Illinois State Senate Agriculture and Public Health committees, Illinois Farm Bureau director of state legislation Bill Bodine offered objection to Senate Bill 3429, which would tighten current FDA regulations on animal antibiotic use in the state. The measure, brought by Skokie Democrat Daniel Biss, was debated during the final days of the fall veto session in the Illinois legislature.

“The IFB opposes SB 3429 because the bill does nothing to improve public health and safety, adds a layer of unnecessary and duplicative regulations on Illinois livestock farmers, and could lead to animal suffering,” Bodine said in written testimony offered to the committees. “Activists often criticize animal agriculture by pointing out that far more antibiotics are used in livestock production than are used in human medicine. The U.S. Food and Drug Administration has cautioned against this type of direct comparison because it does not consider all factors in the amount of antibiotics used.

“For example, the number of cattle, hogs, chickens, and turkeys raised for food production in the U.S. exceeds 9.6 billion, far more than the 320 million people in our country. Physical characteristics are also a factor, with the average cow weighing approximately 1,300 pounds, far more than the average person at 182 pounds. These factors affect the amount of antibiotics used and mean conclusions should not be drawn from this type of comparison.

“Farmers are required to follow federal regulations on the use of antibiotics when raising animals. For example, farmers must follow strict withdrawal periods following the treatment of an animal with antibiotics to ensure no antibiotics remain in the animal’s system prior to entering the food supply.”

BLOOMINGTON — The Illinois Soybean Association and ILSoyAdvisor are sponsoring a Dec. 18 webinar hosted by University of Illinois Extension expert and professor emeritus Emerson Nafziger. Nafziger will sort out weather and management factors that might have contributed to the major turnaround in soybean health and yields after a slow start in 2018. After early season doubts, it appears that Illinois producers will again lead the nation in soybean yield and production, with an average USDA projection of 66 bushels per acre.

The webinar will begin at 10 a.m. with prior registration available on the ISA website. The webinar offers one continuing education unit in crop management. (ISA news)