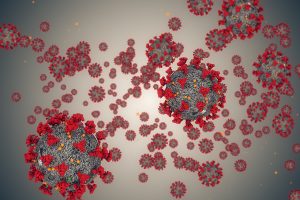 The positivity rate stood at 2.3 percent, a number that has not moved more than two-tenths of a percentage point for the past 10 days.

Hospitalizations also continued on a steady decline near pandemic lows, with 1,178 people reported hospitalized with COVID-19 at the end of Sunday, including 266 in intensive care unit beds and 118 on ventilators.

As of Monday, the state had administered over 3.3 million COVID-19 vaccine doses in total.

On Friday, March 5, the state saw a single-day record for vaccines administered with over 134,000 administered statewide, while a total of 98,550 doses were administered Saturday and 29,564 on Sunday. The state has a seven-day rolling average of 90,135 doses administered per day, an increase of 10,000 additional doses from one week ago when that figure stood at 80,416.

As of Monday, just over nine percent, or 1.1 million, of the state’s 12.7 million residents have been fully vaccinated.

In a news conference late last week, Gov. J.B. Pritzker acknowledged that some residents who are currently eligible to receive a vaccine may still find it difficult to schedule an appointment as the federal government continues to increase production and delivery of vaccine doses.

“The increasing supply of vaccine is frankly very exciting, but there is still a shortage across the nation,” Pritzker said on Friday. “That means getting an appointment is still a frustrating experience.”

Pritzker expressed optimism, however, that vaccination numbers will continue to improve as the state expects to receive upward of 100,000 doses per day from the federal government by mid-March.

While the state continues to build and expand vaccination capacity in advance of increased supply, the Federal Emergency Management Agency and state officials announced Sunday that Chicago’s United Center federal mass vaccination site will now limit appointments to Chicago residents currently eligible for the vaccine as part of the state’s vaccination plan. That includes frontline essential workers, people over 65 years of age, and people aged 16-64 with preexisting conditions and disabilities.

The announcement came after officials noted that less than 40 percent of vaccination appointments at the United Center were made by Chicago residents. The United Center federal vaccination site was opened in order to target “particularly vulnerable communities,” according to a news release which said the narrowing of eligibility for the site was an effort to promote equity in distribution.

“Based on the early registration data, it became apparent this was not occurring, leading FEMA to provide additional guidance related to the site to better target communities hit hardest by the virus, including ones surrounding the vaccination site on the city’s West Side,” officials said in the release.

Officials said that a portion of extra vaccine doses from the United Center site would be shifted to mobile vaccination teams in other parts of the state in order to continue to focus on vaccine access equity.

The state also announced Monday that it would deploy additional resources, including members of the Illinois National Guard, to support vaccination teams in downstate Rock Island and Grundy Counties.

“I’m proud to deploy Illinois National Guard teams and additional state resources to Grundy and Rock Island to ensure residents in these counties can receive their vaccines as efficiently and equitably as possible,” Gov. Pritzker said in a statement Monday.

Over 850 vaccination sites are currently open across all regions of the state.

Eligible residents can search for vaccination appointments and vaccination sites closest to them at coronavirus.illinois.gov.