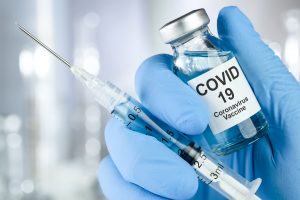 The state’s seven-day rolling case positivity rate stood at 4.6 percent Tuesday, the 18th consecutive day that figure has dropped, and the lowest mark it has reached since Oct. 14. The state reported 3,667 new and probable COVID-19 cases Tuesday out of 69,285 test results reported over the previous 24 hours.

Regions 8 and 9, which include DuPage, Kane, Lake and McHenry counties in the Chicago suburbs, were cleared to move to Tier 1 mitigations Jan. 26. Five of the state’s 11 public health regions are now currently in Tier 1 mitigations. Tier 1 allows limited indoor service at restaurants and bars and some group recreational activities to resume.

Only Region 4 in the Metro East area on the Missouri border remained in stricter Tier 2 mitigations as of Tuesday, meaning indoor service is not allowed at bars or restaurants.

The state announced Tuesday that it would be adding Hy-Vee pharmacies to its list of locations offering COVID-19 vaccinations to the public, joining Walgreens and Jewel-Osco. The announcement brings the state’s current number of public vaccination sites to 278.

According to the Illinois Department of Public Health, an estimated 3.2 million people are eligible to receive a vaccine under Phase 1B.

Gov. J.B. Pritzker said in a news conference Monday, Jan. 25 that eligible residents may have difficulty obtaining a vaccine in the early phases as the federal government works to ramp up production to meet state demand.

IDPH officials said that a total of 1.7 million vaccine doses have been delivered to the state, with a total of 719,995 administered to date.

Public health officials also announced Monday, Jan. 26 that eight cases of a new COVID-19 variant were identified in Cook County. The variant was first identified in the United Kingdom in November and spotted in Illinois on Jan. 15. The new variant is believed to be more contagious than the initial COVID-19 strain that originated in China over one year ago.

“We are following closely to see if there is evidence that infections by this variant cause more severe disease or death,” IDPH Director Dr. Ngozi Ezike said in a statement Monday.

“Based on the information available now, the vaccine will still be effective. Continued masking and vaccination when it is your turn remain our best path to defeating this virus as quickly as possible,” Ezike added.

As of Monday night Jan. 25, 3,001 people in Illinois were reported to be hospitalized with COVID-19. Of those, 608 patients were in intensive care units and 320 were on ventilators.

State officials reported 87 deaths due to COVID-19 on Tuesday, bringing the state’s total to 18,883 deaths.