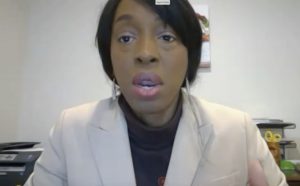 SPRINGFIELD — The Illinois Department of Public Health reported the highest single-day total of new COVID-19 cases Tuesday, May 12 along with the highest number of tests.

Department Director Dr. Ngozi Ezike said the state confirmed 4,014 new cases of the disease over the previous 24 hours, a period during which the state processed almost 30,000 tests. She also reported 144 additional virus-related deaths.

That brings the state’s total to 83,021 cases and 3,601 virus-related deaths since the pandemic first hit Illinois. The disease has been detected in 98 counties.

Ezike said that for the seven-day period that ended May 9, 18 percent of the COVID-19 tests performed came back positive, a sign that the state as a whole achieved the benchmark of keeping the positivity rate below 20 percent.

But she cautioned there are portions of the state where the positivity rate is higher, particularly long-term care facilities that house large numbers of people at high risk for the disease.