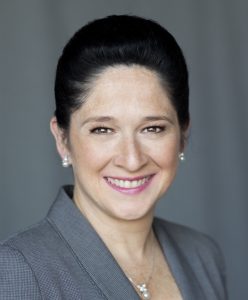 SPRINGFIELD – Illinois plans to continue withholding federal payroll taxes on behalf of its 62,000 employees despite a program President Trump launched in August that allows workers to defer paying those taxes through the end of the year.

“I’m not supporting a deferral that would double workers taxes after January and put Social Security further at risk. I mean, that’s essentially what this would do,” Illinois Comptroller Susana Mendoza said during an interview Thursday, Sept. 17.

Trump announced the program in a memorandum Aug. 8. It applies to the 6.2 percent tax that employers withhold for their employee’s Social Security benefits. It often appears on pay stubs as FICA – the Federal Insurance Contributions Act. The program is available for employees who earn less than $104,000 per year.

The intent is to temporarily boost workers’ income during the COVID-19 pandemic, but the taxes that would be deferred would have to be repaid after Jan. 1. Then, the employee’s withholding would double to 12.4 percent until the amount of taxes that were deferred is repaid.

So far, the only major employers taking part in the program is the federal government, Mendoza said. Most states and many large private-sector employers have publicly stated that they will not take part.

Mendoza said Gov. J.B. Pritzker has already announced that the agencies under his purview will not take part in the program, nor will any of the other state constitutional officers — attorney general, secretary of state, state treasurer and attorney general.

“Just on its face, as a policy, to me it seemed really bad policy to essentially tell people that they can have a little bit of money on the front end and then pay twice as much on the back end and be prepared to do so,” Mendoza said.

“I reached out to the governor early on to let them know my position, that we would not be doing it for any of our employees, and of course recommended that no one do it because I think it’s terrible policy,” she said. “And it’s really kind of a cruel hoax. I mean, the President’s essentially dangling this carrot in front of people. And I would say, this is that perfect scenario where all that glitters is not gold.”

Mendoza said she believes the program was devised to boost Trump’s re-election campaign.

“I mean, it couldn’t be any clearer,” she said. “And the fact that the President (this) week turned around and said that … if he gets reelected, he will forgive the payroll deferral and people wouldn’t have to pay it back. I mean, to me, that’s just a clear attempt to buy votes, he does not have the legal authority to forgive the debt. And he doesn’t tell people that even if he could – which thankfully he does not – if he did, he’d be doing it at the expense of bankrupting Social Security, which millions of Americans rely on.”

Meanwhile, Mendoza said, the bigger threat to the economy is the possibility that Congress will not approve an aid package to help state and local governments that have seen precipitous declines in revenue due to the recession brought on by the pandemic, something Pritzker also warned about earlier this week.

Preparing for what he called a “nightmare scenario” if Congress fails to pass an aid package, Pritzker said he has asked state agency heads to make plans for a 5-percent budget cut in the current fiscal, which ends June 30, 2021, and a 10-percent cut for the following fiscal year.

The Democratic-controlled U.S. House passed such a bill in May, but it has languished in the Republican-controlled Senate where GOP leaders have argued that the federal government shouldn’t be asked to bail out states that were already in financial trouble before the COVID-19 pandemic.

“We’re not asking for the government to come in and bail us out for the self-inflicted wounds of the past,” Mendoza said. “We were on our way to fixing that and to getting back on stable fiscal footing. But without a doubt, the federal government has an obligation to step up for all states in the nation, and to help us supplement for the lost income directly related to COVID-19.”