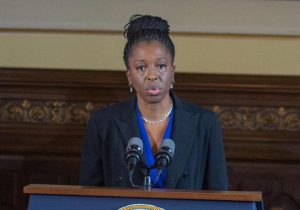 SPRINGFIELD – Some regions of the state could see loosened COVID-19 restrictions as early as Friday as some counties have already transitioned to the next phase of vaccine distribution, Gov. J.B. Pritzker announced Monday, Jan. 11.

Although the state remains in Phase 1A of its vaccine distribution plan, some communities which have substantially completed Phase 1A have moved to the early stages of Phase 1B.

“We want to make sure any available vaccine is administered quickly to the priority groups that we’ve laid out,” Pritzker said. “Let’s get those out to Phase 1B people. … Even though we haven’t moved everybody into the next phase, we don’t want any of these vaccines sitting around.”

This early transition has been authorized by the Illinois Department of Public Health, but local health departments determine the phase transition on a county-by-county basis, depending on Phase 1A progress. It is not clear which counties have already started Phase 1B.

Pritzker said he expects to make a formal announcement later this week regarding when the entire state will move into Phase 1B.

“But I want to urge patience,” Pritzker said. “Phase 1B will take many weeks to complete.”

If the next phase is not yet available in certain areas, it is because many counties have not administered enough vaccines in Phase 1A to move forward with the current pace of the national vaccine development pipeline, Prtizker said.

Even when the entire state transitions into Phase 1B, those who were eligible for Phase 1A who have not yet been vaccinated, are still authorized to receive the vaccine in its next phase.

As of Sunday night, Jan. 10, approximately 587,900 doses of Pfizer-BioNtech and Moderna COVID-19 vaccines have been delivered to the state.

The federally mandated pharmacy partnership program has administered approximately 334,939 vaccinations as of Sunday night; 36,867 by pharmacy partners CVS and Walgreens, and 298,072 by the state’s public and private health care providers.

Yet, Pritzker said the state is still not receiving enough vaccine doses.

“We don’t even have a million doses and there are 12.7 million people in the state of Illinois,” he said.

The Biden administration has agreed to release nearly all available vaccines upon taking office.

In order to transition from Tier 3 to Tier 2, a region must experience a positivity rate below 12 percent for three consecutive days. It must also have greater than 20 percent available intensive care unit and hospital bed availability and declining COVID hospitalizations for 7 of the 10 days.

Regions began hitting Tier 2 restrictions in November, with statewide Tier 3 mitigations announced on Nov. 20. No region has been able to move back to Tier 1 restrictions after reaching Tier 2.