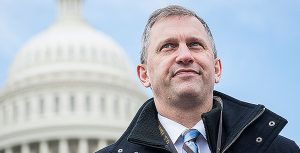 U.S. Rep. Sean Casten, D-6th, got one of his constituents to go from connecting puzzle pieces to connecting with fellow residents.

Putting his re-election campaign on the back burner for the time being, Casten said his supporters have been making nonpartisan calls to check on the well-being of residents in the district in the wake of the coronavirus pandemic.

“We basically said the campaign is the furthest things from anybody’s mind. We asked what needs does society have and what tools do we have,” the first-term congressman from Downers Grove said.

He said his camp saw a huge engaged campaign side ready to mobilize and readily available information like the voter files. Putting the energy with the information, Casten’s campaign staff created a call script that volunteers could use, not to stump for votes, but to check on seniors in the district.

“They check in on elderly folks to see how they’re doing,” Casten said. 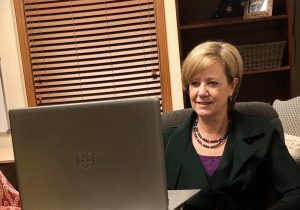 More than 120 Casten volunteers have connected with more than 2,000 people via telephone thus far.

“For the most part, people are happy that we are checking in on them,” Casten said. “We have a list of resources that we can provide to them, if they need anything.”

Casten said he has even made more than a dozen of the well-being checks himself.

“People are just delighted to have someone to talk to,” he said. “People are lonely. This is a tremendously difficult time for many people … We are a social species. We like talking with each other.”

The congressman said during one of the calls he made, he asked the man on the other end of the line what he has been doing to pass the time stuck indoors.

By the end of their conversation, the man had volunteered to help with the well-being calls, giving him “a chance to reach out to the community,” Casten said.

Asked if people are ever taken aback when they pick up their phone and their congressman is on the other end of the line, Casten chuckled.

“I’m just a dude. I hate to disillusion them,” he laughed.

“Overall, the focus of our campaign has shifted from being mostly political to bringing attention to the policies and procedures that protect the health and safety of our communities and loved ones,” Murphy said. “Day to day, since we can no longer attend events, we have created a virtual meet-and-greet option for supporters to invite their friends to join for a more personal meeting with Jeanne.” 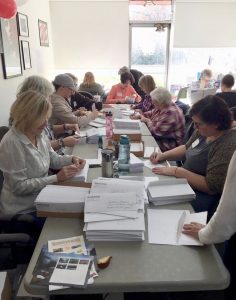 Volunteers for the campaign of U.S. Rep. Sean Casten, D-6th, prepare letters for mailing in November. Now, in the wake of the coronavirus pandemic, volunteers in the Casten camp are making well-being calls to seniors in the congressional district. (Facebook photo)

Murphy said most of the Ives campaign events have moved to Zoom and other conference technology.

“Jeanne has a strong following on social media, so she has been hosting weekly Facebook Live town halls to answer question from constituents,” Murphy said. “She also talks to followers about specific issues that arise via Facebook Live as they come up.

“We are meeting — via Zoom — with medical professionals, mortgage and loan professionals, and small-business owners to get their professional advice and/or to understand what they are experiencing and how they could be better served. We then share that information with social media followers.”

Murphy said since the COVID-19 pandemic, Ives has moved her efforts away from fundraising and more toward residents’ well-being and trying to help social service organizations.

“Our campaign emails have shifted from being specifically for fundraising to informing those on our list of the latest information related to COVID,” Murphy said. “Our field team is reaching out to people in the district to make sure they are OK and see if they need anything. We are also planning a food drive and a fundraiser for St. Vincent de Paul Society, an organization that helps with rent assistance.

“As we move forward, we will continue to adapt to the changes demanded by this unprecedented situation.”