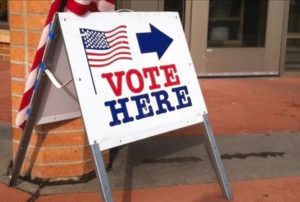 Sens. Sally Turner of the Logan County town of Beason and Sue Rezin of Morris said during a virtual news conference Thursday, May 6 their bill is intended to provide more transparency and give voters more confidence in how elections in Illinois are conducted.

“The more we let the individuals know, the voters know, how these processes work, the better educated they are, the more helpful that is to county clerks,” Turner said. “It’s important … when you go from one county to another, that your processes are the same.”

First, it would require each county and county clerk to establish training courses for election judges that incorporate material developed by the Illinois State Board of Elections. Currently, ISBE is required to develop those materials but counties are not required to use them.

Third, after each election, it would require the State Board of Elections to audit 5 percent of all election authorities, selected at random, to verify that they properly handled mail ballots that were received after the close of polls on Election Day.

And finally, it would require election authorities to post on their public websites the processes and procedures they use for handling mail-in ballots.

Turner, a former Logan County clerk who was appointed to a Senate seat in January to replace former Senate Minority Leader Bill Brady, said those elements of the bill came out of a working group she formed that received input from county clerks, the State Board of Elections and the League of Women Voters of Illinois.

She said the goal of the bill is to make sure all county clerks are following the same procedures.

“And I think standardization is a key,” she said. “We have new new clerks come in and out, we have new elections, and, frankly, we don’t get to train them individually. We hope to have an Illinois Association of County Clerks and Recorders meeting in order to train people, but a lot of times we just have to seek out a fellow clerk to mentor one another.”

Since the November 2020 elections, Republicans in state legislatures around the country have been proposing new election laws, many aimed at limiting access to mail ballots and shortening the windows for casting advance ballots. Many of those proposals have been based on unfounded allegations of widespread election fraud around the country.

But Rezin insisted their legislation has nothing to do with those controversies. Rezin and Turner in April both voted in favor of a bill to expand mail voting in Illinois.

“I would just say that these reforms have nothing to do with previous elections, and are only meant to create standardized practices among our election authorities and to increase transparency for the average voter,” Rezin said. “We have heard after all of the elections about the challenges, and everyone has a story after the election. This bill is a comprehensive bill, taking all of the feedback from our experts, the county clerks, and now our new Sen. Turner’s input in addressing them.”

The bill, which currently has no Democratic cosponsors, has been assigned to the Senate Executive Committee’s subcommittee on elections, but no hearings on it have yet been scheduled.