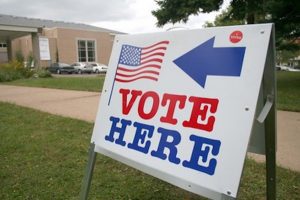 Voters across Peoria, Tazewell and McLean counties had several key ballot questions to decide in the Nov. 6 elections. Most of those questions involved tax proposals.

Voters in Peoria, Tazewell and McLean counties turned out to their voting locations in large numbers to settle not only federal and state representation, but also ballot initiatives, referendums and judge retention questions put before them in the Nov. 6.

In Peoria County, a proposal to create a special county retailers’ occupation tax for transportation was turned down, by a vote of 38,697 to 23,516.

The proposal, which would have helped pay for road improvements and other transportation purposes, authorized Peoria County to impose and increase on its share of local sales taxes by ½ percent for a period not to exceed 12 years or until the county board voted to terminate the tax.

This would have meant that a Peoria County consumer would have paid an additional 50 cents in sales tax for every $100 of “tangible personal property” purchased at retail. That was enough to cause partisan bickering in the county over the bill, with the Peoria County Republican and Democratic parties issuing mailers against, and in support, respectively, of the proposal in the final days before the election.

Another ballot question posed to Peoria County voters asked whether the Pleasure Driveway and Park District of Peoria should sell the 123.5-acre Raccoon Lakes parcel in Hollis Township, which has been closed to the public for decades.

By a tally of 22,048 Yes to 14,643 No, voters approved the sale of the land, which is located west of Cameron Lane, north of McCullough Road and east of Stranz Road.

Another advisory question asked whether holders of elected offices in Illinois should be subject to term limits. More than 92 percent of McLean County voters agreed that term limits should be imposed on state office holders.

In addition, voters approved the issuance of $1,000,000 in bonds of the Chenoa Public Library District for the purpose of building and equipping a new library facility, constructing site improvements and furnishing necessary equipment, by a vote of 445 to 324. 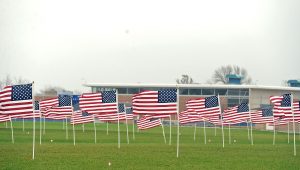 Voter turnout in the Nov. 6 election was at 54 percent, the highest in Illinois since 1990. (Photo by Jon Langham/for Chronicle Media)

Also in McLean County, voters approved the retentions of 11th Judicial District judges Paul Lawrence and Rebecca Simmons Foley by a margin of over 80 percent.

In Tazewell County, voters were asked if the county should eliminate the office of elected county auditor, a position currently held by Shelly Hranka. The proposal was rejected by a vote of 27,272 to 20,916, meaning the county will be spared the expense of creating an independent committee charged with overseeing a private accounting firm.

Hranka brought a lawsuit against county officials earlier in 2018, alleging they stripped her of her duties and failed to provide staff, funding and support for the auditor’s office.

The ballot question was approved by a county board vote earlier this year, but Tazewell County voters disagreed that the elected office should be shuttled in favor of an auditing firm.

Tazewell County voters were also asked whether a sales tax increase of 1 percent should be imposed to be used exclusively for school facility purposes. The tax was rejected by a margin of 51.49 percent No and 48.51 percent Yes votes, with 26,022 opposing and 24,514 supporting the sales tax increase.

Finally, the Tazewell County community of Goodfield has settled the question of whether to continue the 1930’s prohibition of alcohol sales inside city boundaries.

An overwhelming 76 percent of voters (86 total) voted to end the prohibition on alcohol sales, while 24 percent (27 residents) voted to continue the ban.

This means that Goodfield retailers can prepare to apply through the county for liquor sales licensing soon.