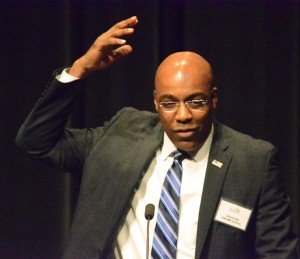 SPRINGFIELD — State regulation of the number of people allowed at gatherings does not violate Illinoisans’ First Amendment rights, the attorney general’s office argued in a court document.

A lawsuit filed on June 15 by the state’s Republican Party alleged Gov. J.B. Pritzker’s executive order limiting gatherings to 10 residents or fewer was unconstitutional because it restricted the party’s freedom of speech.

It also contended the order treated religious institutions and protests differently than other groups, which breaches the U.S. Constitution’s equal protections clause.

The governor’s May 29 executive order suggested houses of worship follow COVID-19 safety guidelines — limit indoor services to 10 people, for example — but did not require they do so. The GOP also pointed to Pritzker’s attendance at a Black Lives Matter demonstration as evidence he was not enforcing his order against groups he supports.

But neither allegation is accurate, the state wrote in a document filed Wednesday, June 24.

“The 10-person limitation on gatherings is no different for First Amendment purposes than a building occupancy limit imposed by a municipal fire code,” officials at the attorney general’s office wrote.

The Constitution protects speech and the right to assemble, but allows governmental bodies with a “compelling interest” to protect “the safety of the general public,” according to the argument.

“Political rallies and conventions have always had to abide by occupancy limits, even though overflow crowds (or lack thereof) may signal strong support (or the reverse) for a particular message or messenger,” the office continued. “The act of gathering in a confined space, which increases the risk of casualties in the event of a fire, is what is being regulated, not the message being delivered at the gathering.”

The Illinois Republican Party proved it has been able to share with members of the public its message, largely online, the state alleged. The Northwest Side GOP Club held virtual meetings in April and May, the Schaumburg Township Republican Organization opened its office to gather voter signatures in support of a candidate and the Will County Republican Central Committee published video of a press conference on Facebook.

An exemption of religious institutions included in Pritzker’s executive order follows the federal and state government’s history of providing those houses of worship “separate and unique safeguards against governmental action against free exercise,” the state wrote in its court filing.

The Republican Party in its lawsuit argued churches and political groups are “entities of similar character” and should thus be treated similarly. The attorney general’s office, in its response, wrote that is “incorrect” because churches, for instance, are not permitted to participate in political activities.

The state added that “at least three” members of the GOP “publicly sought or celebrated” the exemption for religious organizations in the governor’s order.

And Pritzker made the “personal decision” to participate in a protest calling for an end to systemic racism held in Chicago — he did not do so in his official capacity, the office argued.

He has not “prohibited any public demonstrations on the basis of its content,” the office continued, including the Reopen Illinois rallies that included demonstrators holding signs depicting the governor as a Nazi.

According to the court document, the Republican Party, as a nonprofit organization, is allowed to use its offices for official work as long as COVID-19 safety guidelines are followed.

The GOP “completely ignore the devastating toll of a pandemic that has ravaged Illinois and is more likely to reach attendees of their own events if” the state is barred from enforcing Pritzker’s executive order, the attorney general’s office wrote. The party’s “desire to switch from virtual to in-person events does not compare favorably to the risk of further spread of COVID-19 and any subsequent loss of life that could result from” a judge suspending the governor’s order.