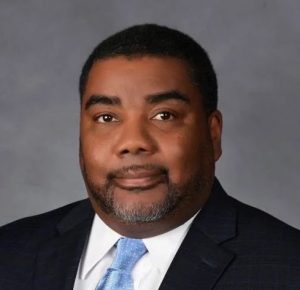 SPRINGFIELD – The Illinois Department of Children and Family Services on Thursday was named in a federal class-action lawsuit on behalf of children in state care who have been held in juvenile detention centers after a judge ordered their release.

Cook County Public Guardian Charles Golbert is a plaintiff in the 32-page lawsuit in the Northern District of Illinois, alleging that children in the care of DCFS are being held in detention for months without necessary medical and mental health treatment, educational opportunities, or consistent access to friends and family.

Each of the children, some as young as 11 years old, were wards of the state when they came in contact with the juvenile justice system and were placed in juvenile detention.

The lawsuit centers on what happened to those wards after they received what is known as a “release upon request” order from a judge, which allowed for their release from incarceration at the request of their guardian.

The guardian for the children covered under the lawsuit was DCFS, which, the lawsuit argues, failed to place the children in a safe and appropriate environment in a timely manner. Instead, they remained incarcerated.

“These wrongful imprisonments and DCFS’s years of unending persistence in them are among the most brazen constitutional violations I’ve witnessed as an attorney,” said Megan Pierce, one of the attorneys who represent the plaintiffs. “Wrongful imprisonment is a violation of the 14th Amendment of the U.S. Constitution.”

The lawsuit alleged this practice by top DCFS officials has continued for decades, jailing children who suffered physical, sexual or other traumas before they were taken into DCFS’s care.

The lawsuit seeks to represent all individuals placed in DCFS care since Jan. 1, 2018, that spent at least seven consecutive days incarcerated after a court order for their release upon request. The plaintiffs estimated the class includes “well over 100 children.”

The lawsuit demanded a jury trial and requested plaintiffs be awarded compensatory damages, costs and attorneys’ fees from all defendants including DCFS, as well as punitive damages from the individual defendants named in the suit.

One of the plaintiffs, referred to as J.B. in the lawsuit, is a DCFS ward. He was jailed at the Cook County Juvenile Temporary Detention Center for five-and-a-half months despite having a court order in place for his release upon request for his entire stay.

The lawsuit stated that J.B. did not have access to educational services, mental health treatment or medical attention, specifically an eye exam. J.B. had limited contact with his family during his detention, according to the lawsuit.

Kate, another child in DCFS care, was jailed twice within five months despite a court order that mandated that DCFS place her in specialized foster care. Kate, who has multiple diagnoses including ADHD, post-traumatic stress disorder, a  mood dysregulation disorder as well as oppositional defiant disorder, remained in detention for more than three months after a judge issued a release upon request order.

Golbert, who is the legal representative of  J.B. and Kate in juvenile court proceedings, said detention causes additional trauma to already traumatized children, exposing them to unnecessary dangers and even violence.

“DCFS is not only cruelly accentuating the trauma of these young people, inflicting often irreparable harm on society’s most vulnerable, they are wasting local taxpayers’ money doing so,” Golbert said. “As we detail in today’s lawsuit, housing these children in appropriate settings with the full set of social services they need would cost local taxpayers half the cost of imprisoning them in settings that deprive them of these services and only make their symptoms much worse.”

DCFS director Smith faced 11 counts of civil contempt last year for failing to move children into appropriate placements, although they were later overturned by an appellate court, which ruled they were an abuse of judicial discretion. Golbert’s office represented the children, who were held in psychiatric facilities and hospitals beyond medical necessity, in the cases that resulted in Smith’s contempt of court charges

In a statement, DCFS spokesman William McCaffrey said the agency is working to add more placements.

“Of course, we can only place youth where we have availability that meets their needs, which is why the department is also working to expand the capacity that was hollowed out under previous administrations,” he said in the statement. “Thanks to this work, in recent years we have made progress in reducing the number of youth who remain in the justice system past the date they are allowed to be released and we are deeply committed to continued progress.”

Asked about the lawsuit in a phone call Thursday from Davos, Switzerland, where he is attending the World Economic Forum Annual Meeting, Pritzker said he had not seen it yet so he declined to comment.