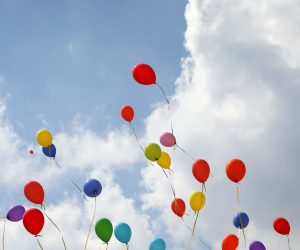 House Bill 418, introduced by Rep. Sam Yingling, D-Grayslake, would impose a $500 penalty for first-time offenses when knowingly releasing balloons into the atmosphere, as in the case of celebrations and special events.

SPRINGFIELD – The Illinois House Energy and Environment Committee advanced a pair of bills in a Monday, March 8 hearing, one that would ban ceremonial balloon releases and another that would make utility companies responsible for the response to gas leaks.

House Bill 418, introduced by Rep. Sam Yingling, D-Grayslake, would impose a $500 penalty for first-time offenses when knowingly releasing balloons into the atmosphere, as in the case of celebrations and special events.

“Obviously, there are significant ecological impacts and there’s also significant infrastructure impact when these balloons land,” Yingling said. “Not only are they dangerous for our habitat but they also complicate our storm sewer systems and our water systems.”

While the bill passed unanimously, some representatives expressed concern that the initial fine was too steep a penalty.

Rep. Rita Mayfield, D-Waukegan, said individuals holding personal celebrations should not be subject to the penalty, while larger events such as weddings and special events should be subject to the higher penalties.

“I do understand the issue, but for just a general person out here who doesn’t know the law to slap them with a $500 penalty because they want to release balloons because their mother died of cancer, I just think is a bit extreme,” Mayfield said.

Yingling said the intent is to “prevent organized release of large quantities of these balloons.”

Yingling said he was working with representatives from the Illinois Environmental Protection Agency on amendments to include clarifying language, and said the fine could be decreased or eliminated for first-time offenses, or language shifted to focus more on organizational release of balloons.

“I do appreciate the sentiment of this legislation, I do think it’s important and whatever we can do to educate groups and organizations to stay away from balloon launches I think would be good,” Butler said.

House Bill 705, introduced by Rep. Bob Morgan, D-Deerfield, aims to close what he described as a “gap” in the state’s environmental policy pertaining to responsibility for gas leaks. 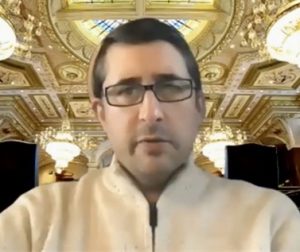 “This legislation very simply would create mechanisms, requirements and obligations that are enforceable against utilities in the event of a leak or those that have an underground natural gas storage facility,” Morgan said.

Per the bill, gas companies would be responsible for a number of actions following the discovery of a facility leak, including installing monitors, offering gas-water separators, providing lodging accommodations when gas levels are deemed explosive, and undertaking comprehensive inspections.

The Illinois Environmental Council spoke in favor of the bill, while Nicor Gas took no position.

“We want to make sure these communities are protected when these leaks occur, and our bill sets parameters on how residents and property owners are to be treated in the case of a verified leak,” said Ariel Hampton of the Illinois Environmental Council.

Litesa Wallace, director of government relations for Nicor Gas, said Nicor “did as it should have” in response to the initial leak that sparked the legislation, and conversations are continuing on how the bill could be adapted and how the company could further protect communities from gas leaks.

“We want to be able to make sure that it’s not only consistent with industry standard, with EPA, DNR, and other regulatory standards, but also does what’s best for the people and families that we serve as a utility,” Wallace said.

The bill passed unanimously, but Morgan said he would plan to take steps to impose additional regulations on the issue moving forward.

“I do think that we have a gap that we need to address. This legislation does not do that,” Morgan said. “But I will be pushing forward with conversations with this committee and the legislature to make sure that we address it to keep people’s water safe.”