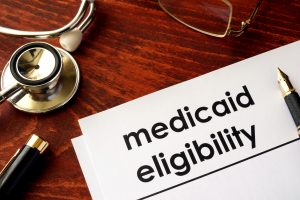 Supporters of covering noncitizens regardless of their immigration status argue that it’s actually cheaper than the alternative, which is forcing them to get all of their care in emergency rooms.

That provision was part of an “omnibus” Medicaid bill, House Bill 4343, that passed through the General Assembly on the final day of the session.

And while Medicaid bills are traditionally worked out in a bipartisan “working group,” this one drew strong opposition from Republicans because the language about noncitizens had never been discussed in any public hearing or working group meeting.

“We had a bipartisan group for the last three months, getting up at 7 o’clock in the morning for these meetings with the agreement that all Medicaid expansions and increases were going to be working through this group,” Sen. Dave Syverson, R-Rockford, said during floor debate in the Senate. “And then you turn around a couple hours after this agreement and you change the bill.”

Sen. Ann Gillespie, D-Arlington Heights, who chairs a Medicaid subcommittee, defended the process and said there were other provisions of the bill that were negotiated outside the working group.

She said the bill clarifies statutory language to help providers and meets a goal of expanding health care coverage amid the pandemic to “make sure that we’re taking care of as many people as we can.”

In 2020, Illinois became the first state to offer coverage for undocumented noncitizens by extending it to those 65 and older who would otherwise qualify for Medicaid if not for their immigration status. In 2021, lawmakers lowered the age limit to 55. This year’s bill lowers the age limit even further to 42.

In addition, Illinois does not apply a citizenship requirement for children under age 18 or pregnant women, including up to 60 days postpartum.

Medicaid is a government-funded health care program for low-income individuals and families. It is jointly funded with state and federal dollars and is administered by the state under federal guidelines.

Under federal rules, certain categories of noncitizens can qualify for Medicaid if they are lawfully present in the country. Among those are green card holders, asylees, refugees and members of federally recognized Native American tribes who were born in Canada. Those individuals typically must be U.S. residents for five years before they become eligible.

But federal rules do not allow for coverage of those who are not lawfully present in the U.S., which means the federal government will not reimburse for their care and all costs of covering those individuals must be paid solely with state dollars, estimated at $68 million a year for the latest expansion. 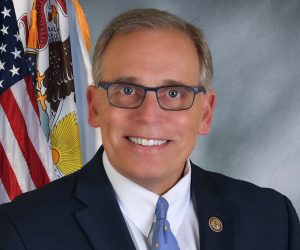 Supporters of covering noncitizens regardless of their immigration status argue that it’s actually cheaper than the alternative, which is forcing them to get all of their care in emergency rooms.

“These are people that would have otherwise ended up in the emergency room because of their diabetes, or because of high cholesterol in the midst of a pandemic,” said Rep. Delia Ramirez, D-Chicago, who sponsored a separate bill, House Bill 4437, that would have extended coverage to all noncitizens age 19 and over. “And the cost of not insuring them was 3-to-1 to insuring them right now.”

But Syverson rejected that argument and said there is a bigger danger in providing an inducement for people to come into the country illegally with the offer of taxpayer-funded free health care.

“If the word’s out that Illinois is the place to go, they’re going to come here, and like I said before, we can’t adequately take care of our disabled and our seniors,” he said in an interview. “And yet, we’re going to provide better care for undocumenteds than we do for our own families. And it’s going to drive up the cost of health care for working families, because again, the more people that are on government health care that reimburses at a much lower rate to hospitals and doctors, the more that gets shifted over to private-pay people.”

Gillespie said during a separate interview that the idea of expanding coverage for more noncitizens grew out of a feasibility study directed by the governor’s office through the Departments of Healthcare and Family Services and Insurance.

That study examined several options for reducing the number of uninsured people in Illinois and making coverage more affordable.

The report, released in April 2021, led to the formation of another working group focusing on health care expansion, Gillespie said, and that was the group that came up with the language to expand coverage to more noncitizens.

“So the base of House Bill 4343 was the results coming out of that group,” she said. “And then we added the Medicaid working group provisions, agreed provisions, onto that bill. So the bill itself had two separate geneses, if you will.”

Expanding Medicaid coverage to more noncitizens was also a top priority of the Legislative Latino Caucus.

Speaking at an April 5 news conference to promote her own bill, Ramirez argued that providing universal coverage was the morally right thing to do.

Ramirez’s bill was never voted on by a committee, but discussions about expanding coverage for more noncitizens continued until the cutoff age of 42 was agreed upon.

“And that’s where the budget discussions came in. It really came down to what was it that we could afford to do this year,” Gillespie said. 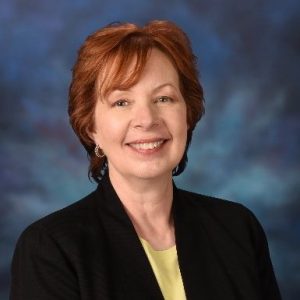 In recent years, however, lawmakers have gotten around that by forming informal “working groups” that operate much like committees in that they study issues, hear testimony and recommend the passage of legislation. But their meetings are not open to the public and even their membership is not publicly known.

Lawmakers on both sides of the aisle have defended the working group process, saying it allows for more free discussions and that ultimately it leads to bipartisan legislation.

“Over the past several years, the Medicaid work group has been a really productive and collaborative experience for members of all four caucuses and the administration, no matter which party was in control the governor’s office, to work through complicated issues in the Medicaid space, and to evaluate a wide range of options that were brought before the House,” Rep. Tom Demmer, R-Dixon, said during debate in the House.

“Unfortunately, the bill that we see before us today has many items we did talk about and reach consensus on, but others that were simply added at the last minute and for that reason, I urge a no vote,” he said during debate.