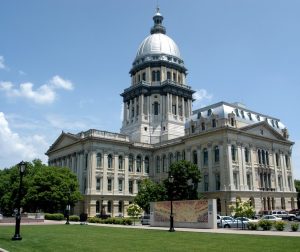 SPRINGFIELD – A bill to phase out the use of isolated timeouts and prone physical restraint in public schools will soon be sent to Gov. J.B. Pritzker.

The Illinois House on Sunday voted unanimously to concur in changes the Senate made to House Bill 219, which include putting a virtual halt to the practices starting in the 2022-23 school year.

The bill was prompted by a 2019 investigative story by the Chicago Tribune and ProPublica that documented how extensively schools had been using the practice for decades.

Rep. Jonathan Carrol, D-Northbrook, the lead sponsor of the bill in the House, said he had worked the last 18 months to get the bill through the General Assembly. He had noted previously that he was a victim of seclusion and restraint practices when he was in school and that he still lives with the memory of those events.

The House also advanced a measure to create a mental health first responder system in coordination with an emergency phone system for mental and behavioral health medical emergencies that was created by federal law.

The Division of Mental Health of the state’s Department of Human Services is “preparing to provide mobile mental and behavioral health services to all Illinoisans as part of the federally mandated adoption of the 988 phone number,” according to the bill. The number is expected to go online by July 2022.

House Bill 2784, sponsored by Rep. Kelly Cassidy, D-Chicago, creates the Community Emergency Services and Support Act requiring 911 call center operators to coordinate with the mobile mental and behavioral health services to be established by the Division of Mental Health.

HB 2784 advanced out of the House unanimously, and only requires the governor’s signature to become law. If it is signed, call centers and emergency services would be required to comply with a series of state goals and prohibitions outlined in the law once DHS and the regional committees have protocols in place and no later than January 2023.

The task force would provide a report on the costs of legal representation for such individuals, as well as recommendations for what state or private funding may be available. It would be required to submit that report no later than July 1, 2022.

It would consist of seven uncompensated members appointed by the governor in consultation with the legislative leaders of both houses of the General Assembly as well as the attorney general and Department of Human Services secretary.

It passed the Senate 39-16 and will need approval in the Senate before it can be sent to the governor.