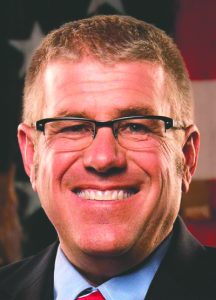 SPRINGFIELD — Drivers who don’t stop for school buses could see a doubling in ticket fines under a proposed state law that passed the House on Thursday.

It passed the House on Thursday morning by a vote of 74-16, with 12 representatives voting present after extended and heated debate.

Bailey called the bill a matter of “public safety, to protect school children as they load and unload off buses.”

Critics said increasing penalties don’t deter people from violating the law, and provide only extra hardship for those who already have the least ability to pay them.

Chicago Democrat Melissa Conyears-Ervin was the first to voice opposition, saying she could not support the bill if the public is not educated about it simultaneously.

“There are people that will have no clue of this legislation, and all the bill will do is put them in a deeper hole,” Conyears-Ervin said.

Bailey said he’d be willing to work with her on educating the public about the change in fine structure, because education “is what will raise the awareness to protect our children.”

Others, like Jacksonville Republican C.D. Davidsmeyer, said a driver’s first violation of the law should be enough education.

HB 1873 changes only the fine structure for school bus violations.

It does not change other provisions of current law for drivers to have their licenses suspended for three months for first violations and for a year for second violations.

In those cases, drivers can apply to the Secretary of State’s office for a restricted driver permit, which allows them to drive to and from work.

Plainfield GOP Rep. Mark Batinick, one of the bill’s sponsors, said even with the doubled fines, Illinois’ laws for failing to stop for school buses are weak.

“I’m sitting over here stunned that we’re putting the price tag to say [an extra] $150 is too much for a school kid,” Batinick said.

He referenced other states’ penalties, some of which include jail time and fines as much as $10,000.

“We’re at the low end of the fines on this, which is probably why it keeps happening, because nobody cares about the fine,” Batinick yelled.

Bailey said Illinois school bus drivers reported more than 20,000 instances where buses were passed while the “STOP” arm was out in 2017, according to a survey by ABC 7 in Chicago.

Opponents maintained that doubling fines is regressive, and would result only in financial hurt for those who can’t pay it.

“This bill is based on a flawed premise,” said Democrat Will Guzzardi of Chicago. “The idea [is] that by raising penalties on certain types of behaviors, we will deter those behaviors.

“Raising the fines isn’t going to keep our kids any safer. It will just take more money out of the pockets of people who can least afford it.”

HB 1873 was quickly placed on the Senate’s calendar to be heard for the first time Friday.