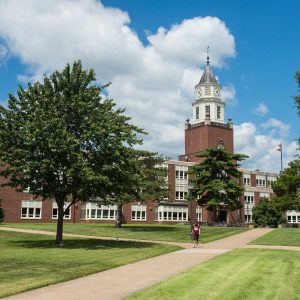 Southern Illinois University announced in October it was launching a program stretching across several departments to expand research on cannabis production, but the program has been limited to industrial hemp, now legal under both state and federal law. (siu.edu photo)

SPRINGFIELD — Some community colleges and four-year universities in Illinois are exploring the possibility of launching educational programs to train people in the business of growing and marketing marijuana in light of a new state law legalizing adult-use recreational marijuana.

There is, however, one significant hitch in that idea: such programs could run afoul of a federal law that still requires higher education institutions to maintain drug-free policies.

Setting up educational training programs through public community colleges is just one part of the 610-page Cannabis Regulation and Tax Act, which Democratic Gov. J.B. Pritzker signed into law June 25. It provides the state Department of Agriculture can issue licenses to as many as eight community colleges to take part in a Cannabis Vocational Training Pilot Program.

Matt Berry, a spokesman for the Illinois Community College Board, said in an email no decisions have been made about any colleges taking part in the program.

“Certainly (there) has been a general level of interest expressed by some colleges, but until the rules are adopted and details emerge, everything is very preliminary,” he said. “The ICCB and the colleges are also still evaluating and studying what impact, if any, the decision to offer this certificate would have on the institution in terms of federal regulations and accreditation.”

Although marijuana will become legal under state law starting Jan. 1, it is still considered an illegal narcotic under federal law.

Oakton Community College announced in March that it authorized a program allowing students to obtain “cannabis dispensary and patient care specialist” certificates. While the college’s board of trustees approved that program, it is still awaiting final approval from the Illinois Community Colleges Board.

For colleges and universities, the specific federal statute at issue is the Drug Free Schools and Campuses Regulations. It requires all colleges and universities receiving federal funding to establish policies to “clearly prohibit, at a minimum, the unlawful possession, use, or distribution of illicit drugs and alcohol by students and employees on its property or as part of any of its activities.”

Institutions that fail to comply with that law risk losing access to all federal funding, including access to federal student financial aid.

Even before Pritzker signed the Illinois legalization law, a few institutions in Illinois had already started gearing up to launch cannabis-related educational programs.

Southern Illinois University, for example, announced in October it was launching a program stretching across several departments to expand research on cannabis production, but the program has been limited to industrial hemp, now legal under both state and federal law. SIU said additional federal legislation would be needed before it could begin researching marijuana production.

And Oakton Community College announced in March that it authorized a program allowing students to obtain “cannabis dispensary and patient care specialist” certificates. While the college’s board of trustees approved that program, it is still awaiting final approval from the Illinois Community Colleges Board.

State Rep. Kelly Cassidy (D-Chicago) was lead sponsor of the marijuana legalization bill in the House. She said in a phone interview that the idea of offering certificate programs through community colleges came from Pritzker’s administration. 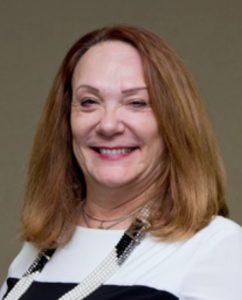 “The law creates an opportunity for community colleges to create new programs for students to participate in the growing new cannabis industry,” said Jordan Abudayyeh, a spokeswoman for Pritzker. “Decisions about whether to offer this program are made on the local level, with feedback from their constituents and advice from their legal counsel.”

Meanwhile, officials at the Medical Cannabis Alliance of Illinois, a trade association representing cultivation centers and dispensary organizations, have approached community colleges to offer advice on how schools can offer programs while remaining federally compliant. One suggestion is keeping the actual production of marijuana plants off campus.

“We’re offering an opportunity to have an internship, or even a couple of hours actually in the site, so (students) can see how the entire process works,” said Pam Althoff, a former Republican state senator from McHenry who is now the alliance’s executive director.

“It’s part of trying to establish social equity programs and mentorship,” she added. “So at this point it’s all an investigation as to ‘can we do this; does it work.’ And if they choose not to use cannabis on site, we can certainly offer them, potentially, access to our sites as part of a program, and then they’d actually see the true plant.”