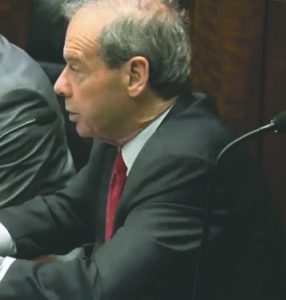 State Senate President John Cullerton (D-Chicago) talks to a Senate panel about his proposal to provide tax incentives to property owners who commit to projects creating at least 20 percent of units as “affordable housing.” (BlueRoomStream)

Legislation is pending in the Illinois Senate that would provide property tax incentives for creating “affordable” rental units.

Senate President John Cullerton (D-Chicago) has proposed the incentives for newly constructed or rehabilitated rental property, if the owner of the property commits that, for 10 years, at least 20 percent of the multifamily building’s units are designated as “affordable housing.”

“We are looking at lowering the equalized assessed valuation” of properties adhering to the 20 percent affordable housing proposal, Cullerton said.

He said he hopes to advance the legislation in the fall legislative session.

“I think this could be a game changer,” Bailey told lawmakers last week (July 18) during a Senate hearing regarding Cullerton’s proposed legislation. “It is one prong in a multi-prong approach to affordable housing.”

He said developers not being out any money is key in getting them to generate more affordable housing in their projects. The property tax incentives would be used to compensate owners of rental property for the difference between all units at max pricing and 20 percent of a building’s units being at “affordable” levels.

Bailey said the maximum income a family of four could have and still qualify for affordable housing units is $38,000 per year.

The Related Midwest president said he has shovel-ready projects set to go should the legislation become law in Illinois.

Under Cullerton’s proposal, projects meeting the affordable housing criteria would get reductions in their equalized assessed value in an amount equal to a percentage of the difference between the EAV in the year for which the incentive is sought and the EAV for the property in the base year. The EAV reductions would be as high as 80 percent in years three and four of the 10-year deal. 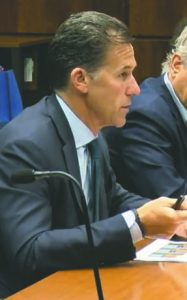 “This is a very important component of how we get affordable housing,” Related Midwest’s Bailey said.

Sen. Dan McConchie (R-Hawthorne Woods) said he is concerned that the tax credits given to the developers would just mean more taxes for others.

“We obviously have the second-highest property taxes in the nation and whenever we create another tax credit, we end up shifting that tax burden to others,” McConchie said. “We do it for veterans; we do it for senior citizens; we do it for other groups. I want to make sure we are limiting that tax transference and getting to the root of the problem.”

Bailey and Cullerton both said the developments that the tax incentives would trigger would not happen without the tax credits so the legislation would actually bring more tax money into an area rather than less.