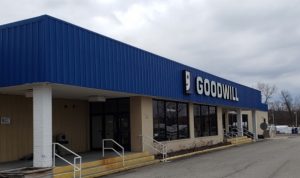 The Goodwill Store on Wabash Avenue in Springfield is part of the Land of Lincoln Goodwill chain.

SPRINGFIELD — The president and CEO of Land of Lincoln Goodwill resigned Thursday, two days after backtracking on a plan to lay off several disabled employees.

Land of Lincoln Goodwill, a central Illinois not-for-profit thrift store chain with more than 400 employees and 15 stores, announced the resignation of President and CEO Sharon Durbin in a news release Thursday.

“Land of Lincoln Goodwill’s Board is strongly committed to our mission, to our 400 employees and to those individuals with disabilities, veterans, at-risk youth, ex-offenders and those seeking job training assistance that we serve,” Land of Lincoln Goodwill said in a statement. “The Board fully intends to seek out a strong, compassionate leader for our Goodwill organization who can energize our employees, expand our mission and who can provide the mission-driven leadership necessary to positively impact thousands of lives each year in central Illinois.”

The news release from Goodwill said Durbin’s interim replacement will be Ron Culves, the company’s vice president of finance. His salary was $106,063 in the fiscal year ending in June 2018, according to federal tax documents.

Durbin came under fire when local news outlets reported her comments on the company’s intention to lay off disabled workers. She attributed the layoffs to a recently passed statewide minimum wage hike, which incrementally increases the minimum wage to $15 per hour by 2025. 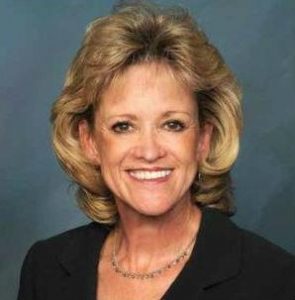 The first $1 hourly hike will not take effect until January, however, and Goodwill qualifies for a federal waiver allowing it to pay certain workers far less than the minimum wage.

She told WCIA-TV in Champaign that the work the disabled employees were performing, “really was not a job.”

By the afternoon of July 17, she had released a statement announcing a reversal of the layoffs and saying the initial decision “falls short of living up to our mission and we apologize for this error in judgment.”

Durbin’s salary of $164,849 in the fiscal year ending in June 2018 was also criticized by advocates and lawmakers, as was the company’s decision to hire her son for more than $95,000 annually.

Sen. Andy Manar, a Bunker Hill Democrat, called on the Illinois Department of Human Services to review $400,000 in taxpayer-funded contracts between the state and Land of Lincoln Goodwill. He said Friday he would continue to call for a review of the organization despite the resignation.

“I am pleased Land of Lincoln Goodwill will be going in a different direction. While the pain that has been caused can’t be undone, we can all commit to policies that make all workplaces more inclusive and fair for all workers,” he said in a Twitter post.

Manar’s office said tax records show the Land of Lincoln Goodwill raised executive compensation for two positions during the height of the state budget impasse by $86,155 over 3 years.

Meghan Powers, a spokesperson for IDHS, said prior to Durbin’s resignation the department was in the process of “carefully examining and reviewing our agreements with Goodwill” and was “prepared to exercise any and all rights to ensure workers are protected.”

State Rep. Theresa Mah, a Chicago Democrat, has been working with organizations like Egbert’s to reassess subminimum wage programs in general. She called Durbin’s initial reasoning for the layoffs “ludicrous,” considering Goodwill’s federal authorization to pay a subminimum wage to disabled workers.

Mah said her Illinois Dignity in Pay Act, which stalled in the General Assembly this year, will be brought up again when legislators return to Springfield. That bill would call for the DHS to develop and implement a plan over the next five years to phase out subminimum wage procedures.

In a March press conference, Mah said her bill would create a worker protection fund, establish customized work plans for each subminimum wage worker, freeze the issuance of subminimum wage certificates, and require reporting and evaluation on the progress of reforms.

Mah said part of the protection fund would go to state subsidies to facilities paying increased wages in certain cases, although the exact percentage of the wage match was not yet defined in the legislation.

“We’re not saying that once this bill passes, there’s a cliff and they’re going to have to start paying minimum wage. There’s a phase-out plan that’s being proposed that looks out for their (employer) interests, as well as the interest of people with disabilities. I think the bottom line is that these are people we’re talking about and paying anyone 74 cents per hour is inhumane,” Mah said in a phone interview Wednesday.

In March, advocates said funding would ideally come from already-allocated but unused funding to the IDHS Department of Developmental Disabilities. Since 2010, an average of $120 million in funding for the Division has gone unspent each year.

Mah’s proposal seems to have a backer in Democratic U.S. Presidential candidate Bernie Sanders, a U.S. Senator from Vermont. He tweeted about the Illinois Goodwill flap in response to WCIA’s sharing of the story Tuesday.