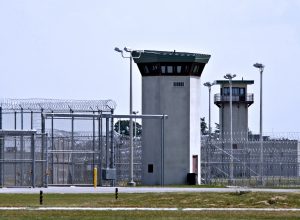 The Prisoner Review Board, an independent 15-person body appointed by the governor, imposes release conditions for incarcerated individuals being released from prison.

SPRINGFIELD – The Illinois Senate advanced a bill Wednesday, May 26 that would give the Prisoner Review Board additional authority to consider early release for prisoners who have petitioned for such action due to medical incapacity or terminal illness.

House Bill 3665, sponsored in the Senate by Sen. John Connor, D-Lockport, was heavily debated on the Senate floor as Republicans questioned giving more authority to a board that has four members still unconfirmed by the Senate for their appointments made by the governor nearly two years ago.

The PRB, an independent 15-person body appointed by the governor, imposes release conditions for incarcerated individuals being released from prison.

HB 3665 passed out of the Senate on a 34-17 vote with one voting present, and will need only a signature from the governor to become law.

Dubbed the “Joe Coleman Medical Release Act,” the measure is an initiative of Rep. Will Guzzardi, D-Chicago. It permits the PRB to grant or deny a prisoner early release on the basis of medical incapacity or terminal illness, as long as the prisoner is not expected to survive past 18 months.

An inmate can qualify for “medical incapacity,” as written in the bill, if they have a medical condition preventing them from completing more than one daily activity.

The release petitions would be considered by three-member panels of the PRB, with a simple majority of the panel needed to make a decision.

Sen. Terri Bryant, R-Murphysboro, is one of the Senate Republicans who has been outspoken about the four PRB members unconfirmed by the Senate Executive Appointments Committee. She is also a member of that committee.

“I’m really struck by the fact that it’s a three-person board or three-person committee that’s going to make this decision. What if it’s three that we haven’t even had the oversight on yet?” Bryant asked.

“I wish that I could be compassionate in this, but to tell you the truth, my heart goes out to the victims involved in this, because that individual is supposed to be locked up, and we’re gonna let him out on the street if this bill goes through,” she added.

HB 3665 came to fruition after a man named Joe Coleman became seriously ill while in the custody of the Illinois Department of Corrections, Connor said in floor debate.

His family attempted to get him released so that he could live out his final months at home, but Illinois law did not provide for such a process. Coleman died in prison in October 2019 while awaiting clemency.

“There’s no mechanism here in Illinois to permit us to do that under the circumstances in the manner that was required at the time,” Connor said.

Coleman was a Vietnam War veteran and Purple Heart recipient, Connor added. But in 1981, Coleman was charged with the armed robbery of $640 from a Texaco gas station attendant in Murphysboro.

“He served this country. He ran into some problems and ended up in prison,” Connor said. “But when he was facing a terminal illness, all he wanted to do was just get out to say goodbye to his family. That opportunity wasn’t available to him.”

Connor said the bill would provide “reasonable” timeframes and deadlines for the PRB to review cases that involve medical incapacity or terminal illnesses, with input from victims, to assess whether the prisoner in question will have any sort of quality of life improvement if moved out of prison.

If the PRB decides the prisoner meets criteria set forth in the bill, then they can be placed on mandatory supervised release for a period of five years. They will be released from prison as long as it is expected that they won’t survive past 18 months.

Bryant questioned how the 18-month life expectancy will be enforced, noting people can far outlive doctors’ determinations regarding terminal illness.

“I mean if you have pancreatic cancer or something else that’s advanced to a point where you can’t function, does it really make a difference whether you’re within a prison wall or not?” Connor asked. “The bottom line is, I don’t want another Joe Coleman.”