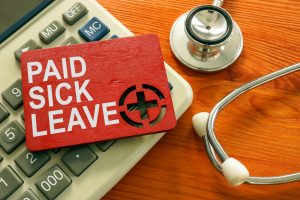 Illinois workers would begin to earn paid leave on their first day at a rate of one hour of leave for every 40 hours worked, up to 40 hours of paid leave for the year. Once signed by the governor, the measure would take effect on Jan. 1, 2024.

SPRINGFIELD – A bill that would guarantee a minimum of 40 hours of paid leave per year for all Illinois workers passed both chambers of the General Assembly Tuesday, Jan. 10 and will soon head to Gov. J.B. Pritzker, who says he will sign it.

Under Senate Bill 208, workers begin to earn paid leave on their first day at a rate of one hour of leave for every 40 hours worked, up to 40 hours of paid leave for the year. They can begin using their leave after 90 days, although an employer may allow them to use it sooner.

Once signed, the measure would take effect on January 1, 2024.

“Paid leave for all is about the dignity of work,” said Rep. Jehan Gordon-Booth, D-Peoria, a lead sponsor on the bill. “It’s about humanizing and honoring the realities that we know that adult workers have in our daily lives and providing a space for folks to just do what it is that we all have the luxury and are so blessed to do.”

Republicans who opposed the bill said it would be bad for small businesses, criticizing the legislation for raising costs.

“My ultimate concern is that we, in this body, we pass millions and millions and millions of dollars of incentives for large corporations,” Rep. C.D. Davidsmeyer, R-Jacksonville, said on the House floor. “And, on the other hand, we pass mandates on small businesses – and I know this isn’t just for small businesses. But my major concern are the little guys. It’s the mom and pops that have 5, 10, maybe 13 employees, that this has a significant impact on their budgets.”

Gordon-Booth pushed back on that argument.

“The idea that we have to play this zero-sum game of you either support business or you support employees, I refuse to accept that is our reality,” she said. “I believe that we can show and have shown with this negotiation that you can support employees, all the while supporting employers by providing the consistency and the implementation of a policy such as this.”

Under the law, workplaces would still be able to require their employees to provide notice before taking paid time off. If the paid leave is not used by the end of the year, it carries over.

The bill is supported by workers’ rights groups and unions including Women Employed, the Chicago Urban League and the Service Employees International Union.

Gordon-Booth said the measure had been under negotiation since 2019, and multiple key business groups had come to a point of supporting the measure or taking a neutral stance on it.

While the measure received a few Republican votes in the House, it passed the Senate with only Democratic support.

The bill still needs approval from Pritzker, who expressed his support in a statement.

“Working families face enough challenges without the concern of losing a day’s pay when life gets in the way. I’m looking forward to signing this legislation and giving a safety net to hardworking Illinoisans,” he said.