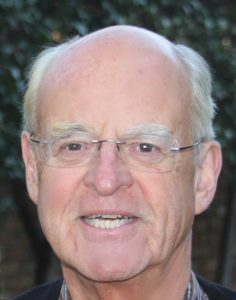 At the convenience store in my rural town, there is a new “wall” of plastic boxes filled with colorful lottery instant-game tickets, right on the counter, crowding my effort to check out; you can’t avoid them.

I noted as much to the employee behind the counter. She cast a furtive eye around, then scrunched her pretty face into a frown: “I don’t go for them. I see too many buying tickets who shouldn’t.”

You can’t avoid gambling in Illinois. The state is, for example, home to 30,000 video slot and poker terminals, more than any state in the nation, in 6,800 taverns and restaurants, more gambling locations than in Nevada.

And all that is before the recent massive expansion of gambling approved by our lawmakers and governor — online sports betting (which will be BIG); more casinos, video terminals and locations (truck stops added); and higher gambling limits. According to the state’s legislative research agency, Illinois is destined to become the biggest gambling state in the nation by revenue, after Nevada.

If a person wants to gamble, fine with me, but should the state be in the business of aggressively seducing residents into gambling? Policymakers trumpet the revenue to the state, though every dollar to the state is a buck lost by a gambler. There are costs as well, of course, never trumpeted.

A good friend of mine committed suicide a few years back, because of gambling debts racked up at a casino boat. More recently, a lovely lady I know lost the love of her life, after pilfering deep into six figures from his banking accounts to support her gambling problem.

So, there are both benefits and costs. On the plus side, the state generates about 3 percent of its revenue from legal gambling. Some older folks I know relieve the boredom of their lives by spending a few hours and a few bucks on the nearby boats. And fantasy value: From time to time I dream deliciously about all I would do with the millions in winnings from hitting the Big Lotto, or whatever they call it — even though I have never purchased a ticket.

I still think gambling is, overall, a quest for fool’s gold. State and local governments (mostly the state) and the gambling industry are the big winners. The average family in Illinois spends $750 a year on lottery tickets (true; 4 million families of 3 people each into $3 billion wagered); the state keeps about 40 percent, after prizes. In 2018, video gaming took in $1.4 billion after winnings, with the industry keeping about $1 billion.

Various sources I have consulted suggest that 2 percent to 3 percent of all adults are problem gamblers, who by definition cause harm to themselves or others as a result of the urge to gamble continually. That would be 40,000 to 60,000 people in Illinois. SMR Research found a few years ago that 14 percent of all bankruptcies nationwide were tied to gambling.

The poor don’t gamble more dollars than the better-off, but they lose a bigger slice of their limited incomes. Think of the family stress and heartbreak from gambling by those without the money to spare.

Governments ballyhoo the great things they will do with the losses of gamblers: solve education funding problems and build university laboratories, for example. The money helps, yet the revenues are almost always less than projected, and, at but 4 percent of total revenue, expanded gambling revenue won’t solve our state’s fiscal woes.

So, do the benefits exceed the costs? No one knows, even though there is an academic cottage industry devoted to gambling studies. How do you value the fantasy benefits, which I think are real? How do you assign a dollar cost to suicides and family breakup?

Illinois is not going to pull back anytime soon from its addiction, you might say, to gambling revenue, certainly not in the short term.

So, I have a modest suggestion. Since Illinois is becoming a “leader” in gambling, and thus a natural laboratory, let’s devote a tiny slice of our gambling revenues to ongoing research into the underlying costs and benefits of gambling in our state. We have respected think tanks at our public universities. Annual reports of their research could help guide us to policies that improve the ratio of benefits to costs, whatever they might be. It’s the least we can do.

Jim Nowlan has taught political science at universities in Illinois and China. He has worked for three Illinois governors and is the lead author of “Fixing Illinois” (University of Illinois Press, 2015). He can be reached at jnowlan3@gmail.com.