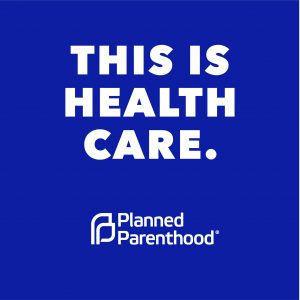 In Illinois, the state Department of Public Health typically receives about $4 million a year, which it distributes to various public health clinics in Illinois. Planned Parenthood of Illinois receives about another $3.5 million.

“The Trump administration’s gag rule is fundamentally wrong,” Pritzker said in a telephone news conference Monday. “This policy has caused a mess of confusion and uncertainty, destabilizing women’s health care nationwide and doing extraordinary harm to the lives of patients, particularly women of color.”

The program in question is known as Title X. It distributes about $260 million a year to clinics around the country to provide family planning services to an estimated 4 million people, primarily lower-income individuals. Planned Parenthood organizations throughout the country receive about 40 percent of all Title X funding.

The money is used to pay for such services as contraception, cancer screening and testing for sexually transmitted diseases, among other things.

Since the program’s inception in 1970, federal law has prohibited recipients from using Title X money to pay for abortions. But abortion opponents have for years wanted the ban to go further by prohibiting money from going to any organization that provides abortion services or refers women to abortion providers, even if the funding for those services comes from separate sources.

That’s essentially what the U.S. Department of Health and Human Services did earlier this year when it announced its new rule. In July, the state of Illinois along with Planned Parenthood of Illinois and Aunt Martha’s Health and Wellness announced they would no longer participate in the program.

“Since this gag rule went into effect, we have not drawn down on federal funds, and we will not draw down on federal funds while this regulation remains in place, and we call on Congress to join our fight to protect women,” Pritzker said. “An attack of this magnitude clearly calls for a federal solution.”

Monday marked the deadline for program recipients to certify with HHS that they were in compliance with the new rule. Alexis McGill Johnson, acting president of Planned Parenthood’s national organization, said her organization could not in good conscience sign such a statement.

“We consider ourselves being forced out of the Title X program because we cannot comply with the gag rule,” she said. “When you have an unethical rule that is asking us to limit what our providers can tell our patients with respect to the full reproductive health care spectrum, … then it becomes really important for us to not agree to be in the program.”

The new rule faces a number of court challenges, but a federal appeals court in California has allowed the rule to go into effect while those cases are being decided. The Ninth Circuit Court of Appeals in San Francisco is scheduled to hear oral arguments in the case in late September.