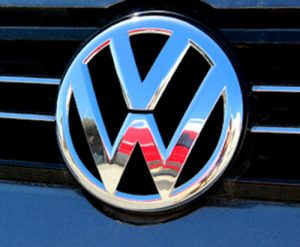 SPRINGFIELD – Gov. J.B. Pritzker’s administration released a revised plan for how to spend the state’s share of a multi-billion dollar Volkswagen settlement, which found the vehicle manufacturer in violation of the federal Clean Air Act.

Illinois initially received approximately $108 million from the settlement. The plans that were released Thursday, April 29 include a $9 million grant opportunity to electrify school buses in Chicago and the Metro East, as well as redirecting the remaining $88.6 million to other electric transportation and infrastructure projects throughout the state.

“This is a critical step forward in protecting our environment and building a greener transportation sector in Illinois,” Pritzker said in a news release. “The VW Settlement provides Illinois with a tremendous opportunity to lead the nation in clean transportation, furthering my administration’s ongoing commitment to address the impacts of climate change in our communities.”

The Illinois Environmental Protection Agency has been designated to develop a plan for allocating the funds in the state, which are to be used on projects to fully remediate excess nitrogen emissions from unauthorized VW vehicles.

The Clean Air Act is a federal law designed to control national air pollution. It outlines the U.S. Environmental Protection Agency’s responsibilities for “protecting and improving the nation’s air quality and the stratospheric ozone layer,” and it aims to protect human health and the environment, especially through reducing harmful emission from mobile sources of air pollution.

In an overview of the civil case against the vehicle manufacturer, VW admitted to installing “defeat devices” which caused certain diesel motor vehicles to operate differently during emissions testing. This was a serious health concern, according to EPA, because of the unregulated excess nitrogen pollutants emitted from these vehicles.

EPA resolved the case through a series of three partial settlements depending on the liter size of the diesel engines that were affected. The settlement established that VW will provide $2.7 billion for the 2.0 liter violating vehicles and $225 million for the 3.0 liter violating vehicles to an Environmental Mitigation Trust, both sums to be distributed across the U.S.

The funding model overseen by IEPA, officially known as the Beneficiary Mitigation Plan, prioritizes the Chicagoland area, Metro East and Central Illinois area because they were impacted the most by elevated nitrogen emissions from the faulty VW diesel vehicles. This was determined by the number of these vehicles registered in their area.

“This funding opportunity and revised BMP reflects Gov. Pritzker and the Illinois EPA’s commitment to supporting growth of the electric vehicle market in Illinois,” IEPA Director John Kim said in a news release. “Illinois EPA looks forward to continuing to administer the VW Settlement to provide environmental, public health, and economic benefits to the areas of Illinois that need it most.”

IEPA will be accepting public comment on ways to achieve all-electric options through June 21. More information can be found on IEPA’s website.