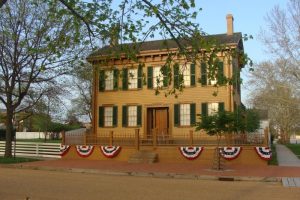 In the early days of his law career, Abraham Lincoln would harness his horse, Old Bob, to a carriage packed with clothes and necessities, and travel the 8th Judicial Circuit, often for weeks and months at a time.

Now, the state capitol where Lincoln lived and practiced law is merely a few hours jaunt from anywhere in Illinois; a “daycation” destination for all things Abe, among a myriad of other attractions.

“In Springfield, we start with the historic because we are the only place in the world to visit where Lincoln lived and had his law office,” Lisa Clemmons Stott, executive director of Downtown Springfield, Inc., said.  “There’s the presidential library and foundation, the museum, his home and artifacts like crazy; it really tells the story of our 16th president.” 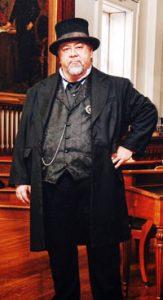 Established in 1972 as part of the National Park Service, the Lincoln Home National Historic Site is a 12-acre park centered around Lincoln’s home at 413 S. 8th St. It was the only home the Abraham Lincoln owned. Tours of the house are free, and the surrounding 4-and-a-half blocks feature 1860s homes and streets.

Within a few blocks of the Lincoln home are the Abraham Lincoln Presidential Library and Museum, the Old State Capitol and the Lincoln-Herndon Law office building where Abe practiced law. All are available for touring. Historical walking tours are also available.

Around 7:30 on most nights, local historian and author Garret Moffet can be found at the Lincoln-Herndon building, and, for around $10, he offers a “Lincoln’s Ghost Walk Legends and Lore” walking tour.

“I start out by talking about his last visit to the office, then his funeral, his Christian values, we go to the home where we get on the ghostlier side,” Moffet said. “I finish up with strange things that have happened at the tomb site.”

Moffet hosts the website springfieldwalks.com, a go-to site that features tour schedules, as well as dining and lodging links. 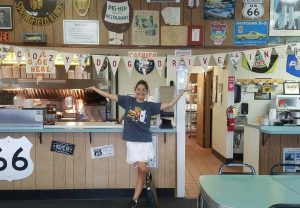 The Cozy Dog Drive-In at 2935 S. 6th St. on US Route 66 is known as the birthplace of “hot dog on a stick.” Founder Ed Waldmire first sold corn dogs at the Illinois State Fair in 1956 before opening the popular tourist attraction. Springfield’s 16th International Route 66 Mother Road Festival is Sept. 22-24. (Photo courtesy of Cozy Dog Drive-In)

“The great thing about Springfield is you can get a lot done in one day and most everything is free. ” Moffet said. “It’s not just Lincoln, either It’s Route 66 and the Cozy Dog. Street parties; Springfield is known for its street parties.”

Recently, the city hosted a bacon festival, and the Downhome Music Festival on Seventh and Washington streets is July 28-29. From May through October, on Wednesdays and Saturdays, visitors come by the thousands for the Old Capitol Farmers Market, which features live music and activities like yoga and family fitness.

“There’s really no need for a car when you visit,” Stott said. “The downtown district is all around the Old State Capitol, and we have a lot of interesting shops and boutiques, and a bunch of new restaurants. Two new sushi places, several excellent Italian restaurants.” 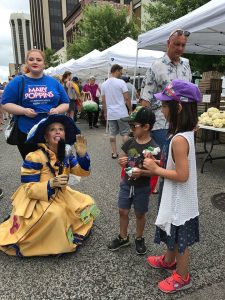 Conn’s Hospitality Group owns Obed and Isaac’s Microbrewery and Wm. Vans Coffee House, both on 6th Street. Between the two is a bocce ball court and from July through October, on every second Wednesday, Obed’s sponsors the Moonlight Market on Jackson Street.

Stott said another brewery, a spirits distillery and several new restaurants will open downtown after summer. In the meantime, the big events are yet to come for Springfield.

The 2017 Old Capitol Blues and BBQ will be Aug. 25-26, and the 67th Annual Secretary of State Vehicle Show and Swap Meet is Sept. 9 and coincides with Oktober Fest. The main attraction, the 16th Annual Mother Road Festival is Sept. 22-34.

“That’s huge, especially on Friday night. It’s a parade of classic cars, nearly 2,000 cars,” Moffet said. “It’s one of the finest car shows in America and a great weekend for families to come down for a day or two. And that’s how Springfield is. It’s a gem, a great day trip.” 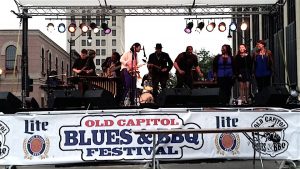