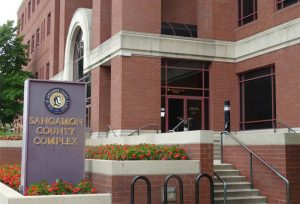 SPRINGFIELD – Illinois Attorney General Kwame Raoul and Gov. J.B. Pritzker’s administration are asking a state appellate court to set aside a lower court order from Friday, Feb. 4 that invalidated the mask and vaccine mandates that the state imposed last year for public schools.

On Feb. 4, Sangamon County Circuit Judge Raylene Grischow granted a temporary restraining order blocking schools from enforcing those mandates, saying the mitigation rules amounted to a kind of “quarantine” and that the Pritzker administration overstepped its bounds by issuing those mandates through emergency rules.

“The judge’s decision cultivates chaos for parents, families, teachers and school administrators across the state, and I’ve asked Attorney General Kwame Raoul to seek to have the ruling overturned with all possible speed,” Pritzker said during a news conference Monday, Feb. 7.

Beginning in August 2021, Pritzker issued a series of executive orders related to the reopening of public schools. They included a requirement that schools enforce a mask mandate for all students, staff and visitors; that they require all school personnel either be vaccinated or submit to weekly testing, and that they exclude from school premises for specified periods of time any student or staff member who tests positive for COVID-19 or who has been in close contact with someone who has.

The Illinois Department of Public Health and the Illinois State Board of Education then issued a series of emergency rules to implement the executive orders.

Parents, students and, in some cases, teachers sued roughly 170 school districts across the state seeking to block those mandates. Those cases were eventually consolidated and transferred to Sangamon County.

In her ruling, Grischow said that at the time the emergency rules were issued, the Department of Public Health had known about COVID-19 for well over a year and a half and that vaccines had been around for more than nine months. She then questioned why the rules could not have been developed under the normal process which would have allowed for public comment and legislative review.

She also noted that state law gives the Department of Public Health authority to issue vaccine mandates. But in this case, IDPH did not issue such a mandate, the governor did, and then the State Board of Education issued rules to carry out the governor’s order — something she said was an improper delegation of an executive branch agency’s authority.

“The court cannot find (nor did any party provide) any law enacted by the state Legislature that grants the IDPH the authority to delegate and transfer its duties and responsibilities to ISBE and local school districts,” Grischow wrote.

She also found that exclusion from school buildings was a form of quarantine, and under state law, people who are ordered quarantined have a right to challenge the order in court and receive due process.

Her order strikes down several provisions of the emergency rules IDPH and ISBE issued in September and specifically restrains the agencies from requiring school districts to enforce mask mandates without a lawful quarantine order from a local health department.

It also restrains them from requiring districts to exclude unvaccinated individuals from the premises who object to weekly testing without first providing them due process. And it restrains them from excluding individuals who are deemed a close contact with a confirmed or probable COVID-19 case without providing them due process.

The attorney general’s office filed immediate notices of appeal in the cases and on Feb. 7 filed motions asking for an emergency stay of the order pending the appeal.

“These requirements – which have provided safety and stability to students, teachers, and schools for months – allow schools to protect their students and staff while providing an opportunity to return to in-person learning,” the motion stated.

As of Monday afternoon, the 4th District Court of Appeals had not yet ruled on the motion for an emergency stay.