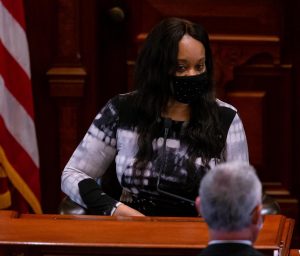 Senate Majority Leader Kimberly LIghtford, D-Maywood, leads the Illinois Senate as it gavels in for session May 21, 2020, at the Illinois State Capitol in Springfield. Lightford introduced and amendment to a bill that passed during the lame duck session Jan. 8-13 that amends high school graduation requirements. (Photo by Justin L. Fowler of The State Journal-Register)

SPRINGFIELD – New high school graduation requirements that were part of an omnibus education bill passed during the Jan. 8-13 lame duck session are drawing criticism from some members of the Illinois State Board of Education.

Those new requirements were included in House Bill 2170, Amendment 3, which was introduced by Sen. Kimberly Lightford, D-Maywood. They include the addition of two years of foreign language classes and two years of laboratory science instead of just science courses.

Morrison also noted that foreign language is also an area where there is a significant shortage of teachers in Illinois, and she predicted that many districts will have a hard time finding qualified staff to meet the requirements.

However, lawmakers have said the target date for the foreign language requirement was a drafting error in the bill and there will likely be a follow-up bill in the current legislative session to move that date up. 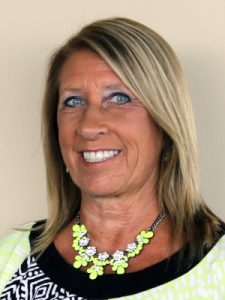 In addition to the foreign language and laboratory science requirements, beginning in the 2023-24 school year, students entering ninth grade will be required to take one year of a course that includes “intensive instruction in computer literacy,” but that can include English, social studies or any other course that also fulfills another graduation requirement.

Those changes were all part of a 218-page omnibus education bill that was advanced by the Legislative Black Caucus.

ISBE’s legislative affairs director Amanda Elliot said during the Jan. 20 board meeting the additional requirements overall were intended to align the state’s graduation requirements with the admission standards at the University of Illinois Urbana-Champaign.

She also said the laboratory science requirement would not be a significant change because that content is already needed to meet the state’s learning standards for science.

Regarding the foreign language requirements, Elliot said, “I think this was something that was a pretty large priority for the members of the Black Caucus and I don’t know that there was much we could have done to really make any additional changes.”

Board member Christine Benson of Ottawa said her concerns about the foreign language requirements come from her belief lawmakers had not properly researched the issue and did not consult with ISBE before passing the bill.

Morrison said she would like to see ISBE do a complete review of all of the state’s graduation requirements, an idea Board Chairman Darren Reisberg, of Chicago, said was a possibility.

Lightford did not immediately respond to a request for comment or reaction to the criticisms.