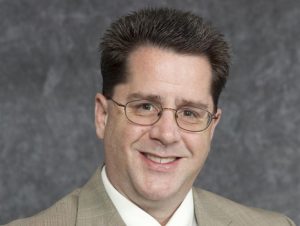 SPRINGFIELD —The executive director of the Illinois State Board of Elections, who was placed on leave after being the subject of an extortion scheme online, will resign effective June 30, according to an agency news release.

Steve Sandvoss made the announcement about his resignation at an elections board meeting Tuesday, April 20.

Sandvoss has been on leave since April 5 following a personal online extortion attempt that he reported to the Illinois State Police. The ISP denied a freedom of information act request by Capitol News Illinois seeking details of the reported incident.

The board has not released details about the online extortion attempt, other than that an agency internal investigation by its chief information security officer “revealed that no SBE data or systems had been compromised in the incident,” according to the news release.

The board has approved Bernadette Matthews to serve as interim executive director until a permanent replacement is named.

Matthews previously served as assistant executive director of the agency, a role she has held since 2017, according to her LinkedIn page. Before that, she was the agency’s deputy general counsel for nine years.

Sandvoss, 55, joined the Illinois State Board of Elections in 1988.

He became executive director in January 2015 after serving as the agency’s general counsel starting in 2004.