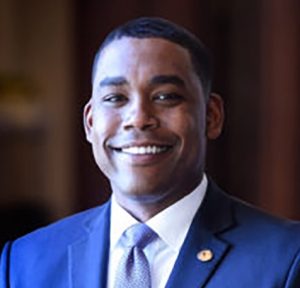 State Rep. Arthur Turner, a deputy majority leader in the House, announced his retirement Friday, six months before he would have left office after choosing not to run for another term. (Credit: IL House Democrats)

Turner, a deputy majority leader in the House, had served in the 9th District on the west side of Chicago since 2010. It’s a seat that was formerly held by his father, Arthur Lee Turner, who held it for about 30 years and now operates a lobbying firm in Chicago.

“I will forever be grateful for the privilege of serving the people of Illinois and the opportunity to ensure that the voices of my community were heard loud and clear in state government,” Turner said in a resignation letter submitted to Secretary of State Jesse White on Friday.

Turner did not file for re-election in 2020, so the resignation cuts his final term short by about a half of a year. The timing of his announcement also means Democratic Party officials in the district will have to appoint a successor before the fall veto session.

Lakesia Collins, a Chicago Democrat, won a crowded March primary to replace Turner as the Democrat on the November ballot. She received 46 percent — or more than 7,000 votes — topping seven candidates, including Turner’s brother Aaron Turner.

Collins is a nursing home organizer for the Service Employees International Union, or SEIU.

The retiring Turner did not state what he intends to do after leaving the House. His office did not immediately respond to a request for comment.

“Every day I have had the opportunity to serve the community I’ve always called home, my focus has been on showing the leaders of our state the realities that people in historically underserved communities face on a daily basis, and building consensus for change,” Turner said in a statement. “Now at the conclusion of my time in the House, we see that not only people across our state, but throughout our country are awakening to those realities and committing to work together for change. Like everyone in our community, I look forward to seeing this resolve continue to shape our city, our state and our country for the better.”