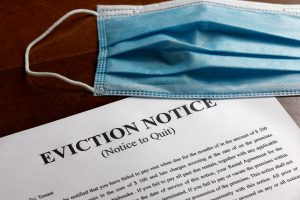 Gov. J.B. Pritzker reissued his eviction moratorium executive order two weeks ago, which extended rent relief to tenants who are unable to pay due to economic hardship caused by the pandemic through May 1.

The court’s revised order makes clear that landlords challenging a tenant’s eviction moratorium protections have to state the legal and factual basis for such a challenge, said Chief Judge Eugene G. Doherty, of the 17th Judicial Circuit, which spans Boone and Winnebago counties.

“It was feared by some that (the Supreme Court’s previous order) would effectively allow all the cases that the moratorium is keeping out of court to get back into court because if the landlord were to just file a challenge, vaguely worded, to the declaration, the case is now in court,” Doherty said. “And that seems to undercut the purpose of the moratorium.”

The Illinois Supreme Court issued an order in December 2020 relating to the eviction moratorium that outlines the process for landlords to challenge a tenant’s declaration under the order. It amended the order in February and again on Tuesday, April 6.

Gov. J.B. Pritzker reissued his eviction moratorium executive order last week, extending rent relief to tenants who are unable to pay due to economic hardship caused by the pandemic through May 1.

The governor’s reissued order, released on Friday, April 2, contains new language that “the judicial branch has the authority to adopt appropriate procedural measures governing the order’s application in judicial proceedings.”

Pritzker’s moratorium on residential evictions, first issued in late March 2020, applies to renters who submit a declaration saying they are unable to pay rent as a result of the pandemic and would be rendered homeless if they were evicted. His executive order in November, which created the declaration form, established that renters could be evicted if they were a threat to the safety of other tenants or a risk to property.

The Illinois Supreme Court’s latest order states that landlords must identify “with specificity the legal or factual basis…for any such challenge.”

It also states directly that the “burden to sustain such a challenge remains at all times with the plaintiff/landlord.”

“And we were hearing stories of landlords saying, ‘I’m challenging the accuracy of the declaration,’ and the tenants feeling as though it was kind of dumped in their laps to prove that it was accurate, rather than the landlord proving that it was inaccurate.”

Michelle J. Gilbert, legal director of the Lawyers’ Committee for Better Housing, said her organization was one of more than 12 fair housing groups in the state that drafted a letter to the court’s COVID-19 task force last month.

The letter asked members of the task force to recommend additional language for the Illinois Supreme Court’s order that would provide standards and clarify the process for challenging a tenant’s declaration.

Gilbert is also director of the Chicago COVID-19 Eviction Prevention Project, which is a program created by the Lawyers’ Committee for Better Housing through a Chicago Department of Housing grant.

Gilbert said the previous Supreme Court order resulted in legal cases where landlords filed challenges to tenants’ declarations, with no supporting facts as to why the declaration was inaccurate.

In some cases, Gilbert said, the landlord requested substantial documentation of the tenant’s financial situation, “pushing the burden immediately to the tenant.”