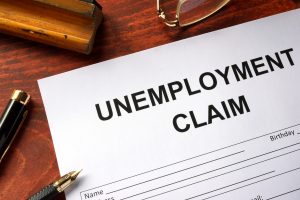 The Illinois Department of Employment Security (IDES) said Jan. 22 that the unemployment rate increased 0.7 percentage point to 7.6 percent, while nonfarm payrolls were nearly unchanged, down 2,500 jobs in December, based on preliminary data provided by the U.S. Bureau of Labor Statistics (BLS) and released by IDES.

The December payroll jobs estimate and unemployment rate reflects activity for the week including the 12th.

In December, the three industry sectors with the largest over-the-month gains in employment were: professional and Business Services (13,000), Trade, Transportation and Utilities (10,100), and Construction (8,300). The industry sectors that reported the monthly payroll declines were: Leisure and Hospitality (40,900), Information (1,300), and Other Services (800).

“The administration remains focused on continuing to support claimants and their families through the pandemic’s ongoing impact on our economy,” said Deputy Governor Dan Hynes. “This includes standing up new unemployment programs enacted through federal legislation, ensuring claimants get the help they need to process their claims, and rebuilding our economy in the weeks and months ahead to ensure working families get the opportunities they deserve.”

“While Illinois is making important progress with administering vaccines which will protect our health and allow a gradual reopening of our economy — we can see in today’s data that COVID-19 continues to place an extraordinary burden on businesses, workers and communities in Illinois,” said Erin Guthrie, director of the Department of Commerce and Economic Opportunity (DCEO). “Under the governor’s leadership, our administration is committed to taking necessary action to aid in an economic recovery that will reopen our businesses and return our workers to the job.”

Compared to a year ago, nonfarm payroll employment decreased by 423,300 jobs, with losses across nearly all major industries. The industry groups with the largest jobs decreases were: leisure and hospitality (198,100), educational and health services (58,300) and government (48,700). The only industry group with an over-the-year jobs increase was construction (1,000). Illinois nonfarm payrolls were down 6.9 percent over-the-year as compared to the nation’s 6.2 percent over-the-year decline in December.