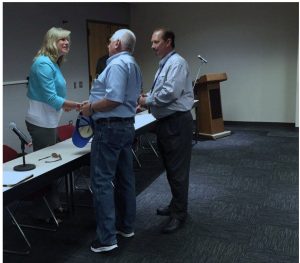 Work will begin in 2017 on more state-level psychological support for veterans, said a bi-partisan task force of state legislators with military service backgrounds in December.

The year 2016 in Illinois brought economic uncertainty as Springfield legislators, both Democrat and Republican, refused to budge over a state budget and finally agreed to a “stop-gap” proposal that expired Dec. 31.

Although the state begins the New Year with a bill backlog of $13.5 billion and a standoff between Republican Gov. Bruce Rauner and Democrat statehouse leaders Michael Madigan and John Cullerton, there are hopeful signs that 2017 may bring solutions to some of the state’s worst problems.

Equitable school funding in Illinois for 2017?

Lawsuits in other states may break the logjam blocking equitable school funding in Illinois, possibly as early as 2017.

Relying heavily on property taxes instead of income taxes to fund Illinois schools has resulted in a state school system that is the worst example nationally for education inequality. The harsh reality for lower-income area schools was only made more glaring by the 2016 state budget impasse that kept Illinois schools from receiving their state funds until the last-minute “Stop Gap” budget was filed in July, 2016.

Other state courts are setting precedents that may influence Illinois next year.  In September, after an 11-year legal battle, Connecticut Superior Court Thomas Moukawsher decreed that the state legislature had 180 days to overhaul a school funding formula that he branded “irrational.” Supreme courts in Kansas, Pennsylvania and Washington have all moved ahead with similar cases brought against states with inequitable school funding formulas.

The General Assembly failed to pass SB 16, which would have re-apportioned state aid to address funding gaps in Illinois’s poorest school districts. But bi-partisan legislators are working on a state education panel appointed by Rauner.  State Sen. Andy Manar (D-Bunker Hill), and Sen. Jason Barickman (R-Bloomington) and others are closer to revamping the education formula. One element is a one-time $600 million cushion that would make sure no local school districts lost funding to shore up low-income districts. Another proposed idea is evaluating districts with an “evidence-based model,” which would calculate state funding based on elements such as class sizes and the number of special education students. The panel has until Feb. 1 to make recommendations. 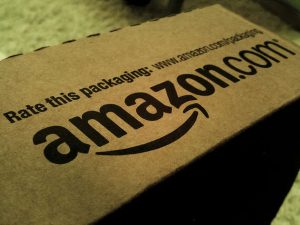 In December, just under the wire, Amazon announced it would create 1,000 new warehouse fulfillment jobs in Aurora, as well as build two warehouses.

Corporate tax credits for employing Illinois residents may return in 2017

If the General Assembly can agree on anything, it can understand the advantages when big national corporations like Amazon take advantage of a state payroll tax credit. Corporations receive about $10,000 over 10 years for every Illinois employee they hire. The EDGE credit expired Dec. 31, but is likely to be renewed in 2017 because it is so valuable.

In December, just under the wire, Amazon announced it would create 1,000 new warehouse fulfillment jobs in Aurora, as well as build two warehouses. Amazon already hires 5,000 Illinois employees at fulfillment centers in Romeoville, Joliet, Monee and Edwardsville. Jobs pay around $13 per hour and provide health benefits.

“To bring 1,000 new jobs to Aurora at one location is unprecedented and to do so via Amazon, one of the most recognized brands in the world, is monumental,” said Aurora Mayor Robert J. O’Connor.

Amazon said Illinois is ideal because of  “a talented workforce, central location in the Unites States and the North American market, and a world-class transportation hub.”

If the General Assembly could agree to extend the EDGE credit, other national corporations may follow suit and bring their businesses to Illinois.

Just before Christmas, Illinoisans got the news that 114,144 residents had left the state between July, 2015 and July 2016. Net population has dropped by 37,508, part of a three-year trend unseen in any other state. This was the largest number in recent history and the biggest exodus in the Midwest. (Michigan lost 27,839 residents, Wisconsin dropped by 12,395 and about 12,135 left Indiana last year.) The drop in Illinois population may result in a loss of U.S. Congressional seats if the trend continues.

Of those who left the state, about 16,000 were college students who chose universities in other states rather than Illinois institutions, according to an analysis in the New York Times. Anecdotal evidence in Crain’s Chicago Business showed some Illinois university professors are taking jobs out of state, often with a pay cut, rather than face budget shortfalls. Fifty tenure-track faculty left University of Illinois Urbana-Champaign in 2015, up from 23 the year before out of a total of 1,930.  University staff and professors said they worried about Rauner’s campaign promise to cut public university funding by 30 percent.

Reversing the trend will be an uphill battle for the state and especially Illinois public universities. The state budget impasse brought Chicago State University to declare a “state of exigency.” Eastern Illinois University let go of 200 employees and Western Illinois University is also in financial crisis. To help, the Illinois Board of Higher Education administered $20 million in emergency funding in November: WIU received $8.4 million; Eastern received $5.6 million and Chicago State about $3 million. An additional $3 million was distributed to the Illinois Community College Board.

“Higher education in Illinois is in danger of extinction,” Guzzardi said in October. “Because of the state budget crisis, we’re seeing declining student enrollment and an exodus of respected professors. Meanwhile, high tuition is crushing families with debt or keeping them out of higher education altogether.”

Although Guzzardi does not yet have serious support in Springfield, he said the plan would lure families to Illinois.

“Send your kids to college for free would be a huge draw for the state,” he said. 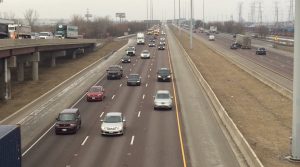 Major highway construction and infrastructure repair in Illinois may happen much quicker: within a year, instead of taking decades, if the state pushes forward with Private-Public Partnership (P3) infrastructure funding.

Getting Illinoisans back to work in 2017 and beyond

Meanwhile, a partnership of business interests and Illinois higher education experts completed a task force report in 2016 to help state adults acquire training and certification to align with needs of the future workforce.

“The ‘north star’ guiding our work is Illinois’ goal to have at least 60 percent of its workforce with a high quality college credential by 2025,” said James Applegate, executive director of the Illinois Board of Higher Education. Applegate served on the Higher Education Commission on the Future of the Workforce.

”That goal is non-negotiable since we know that nearly two-thirds of all open jobs in Illinois in the future will require such a college credential. Everyone to whom we deny that opportunity will very likely struggle as working poor.”

Private funding of public infrastructure projects may proceed in 2017

Major highway construction and infrastructure repair in Illinois may happen much quicker:  within a year, instead of taking decades, if the state pushes forward with Private-Public Partnership (P3) infrastructure funding.

The Illinois Department of Transportation (IDOT) stuck a toe in the P3 waters in December 2016 with a proposal to privately fund a $425 million inner toll lane project on a 25-mile stretch of I-55 between Chicago and the I-355 expressway. IDOT says privatizing highway design, construction and maintenance, in exchange for toll revenue, could accelerate the project to a possible completion date of early 2018. Already, professional finance and construction companies from South America, Australia and the European Union have consulted with IDOT about how to finance and construct the project. Waiting for federal funding could push the project into the 2020s, said IDOT spokespeople. While the General Assembly approved P3 funding for infrastructure projects in 2011, IDOT still needs a joint resolution in Springfield to begin to put the project to bid.

If this project moves forward, IDOT’s proposed remodel of the I-290 Eisenhower Expressway, also with two inner toll lanes, may also be privatized.

Already, smaller projects have been financed with private partnerships, such as the suburban Cook County railway overpass at 25th Avenue linking Bellwood and Melrose Park. 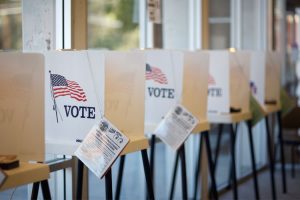 The Illinois State Board of Elections reported that the state had more than 8 million registered voters, the highest number in history.

Voter participation increases in Illinois for 2017

While political reforms such as the Independent Maps amendment and a state legislator term limits amendment were kept off the ballot by political maneuvering, Illinois saw more voter participation than ever before in the Nov. 8 presidential election.

The Illinois State Board of Elections reported that the state had more than 8 million registered voters, the highest number in history.