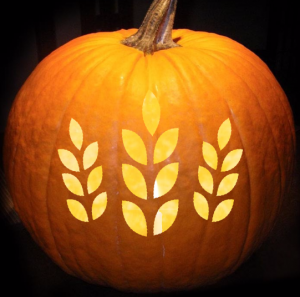 Pumpkin is a squash and is a valuable source of both vitamin A, potassium and fiber. (Photo courtesy of Northern Illinois Food Bank)

Fall – er – pumpkin spice season will be upon us soon. And, for better or for worse, it seems you can’t go anywhere without being bombarded with endless options of nutmeg and cinnamon-flavored goods. Some traditional (coffees, cookies, muffins) and others, not so traditional (SPAM, dog treats, Pringles).

“Pumpkin itself is an excellent source of vitamin A and fiber and contains some potassium,” Klug says. “The spices – a blend of cinnamon, nutmeg, ginger, allspice and cloves – are also healthy in that they provide sweetness without added sugars.”