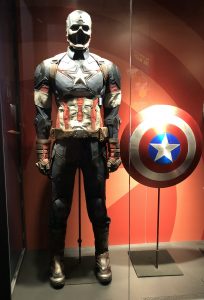 Fans of the Marvel universe will not want to miss the exhibit going on at the Museum of Science and Industry in Chicago.

The special event covers 80-plus years of Marvel comics heroes and villains, from the first Avenger Capt. America to the X-Men to the newest characters to join the ranks, such as Ms. Marvel.

The comic books and memorabilia on display are all authentic, including the actual suits worn by actors in the Marvel Studios blockbuster films. Marvel’s diversity, it’s characters and storylines, is quite impressive and stands out as you as you walk through the exhibit.  The collection on display is quite comprehensive and appeals to fans of all ages and Marvel interests.

One of the most popular attractions in Chicago this summer, Marvel: Universe of Super Heroes is open daily, including evening hours, and has been extended through Oct. 24.   It’s worth the trip. For more information, go to www.msichicago.org. 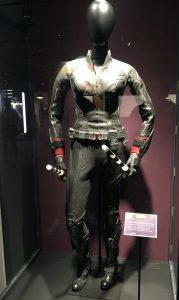 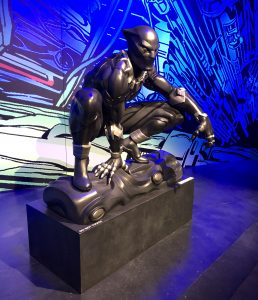 This sculpture of Black Panther strikes a dramatic pose near the beginning of the Marvel: Universe of Super Heroes. 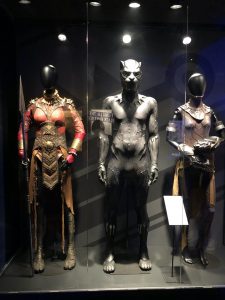 The Black Panther suit worn by the late actor Chadwick Boseman (middle) and the suits worn by Dania Gurira as Okoye (left) and Letitia Wright as Shuri. 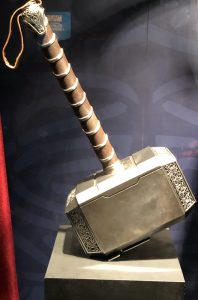 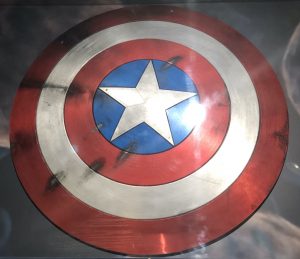 The shield used by Chris Evans in “Captain America: The First Avenger.” 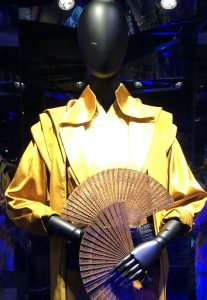 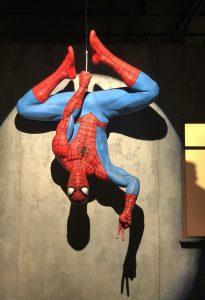 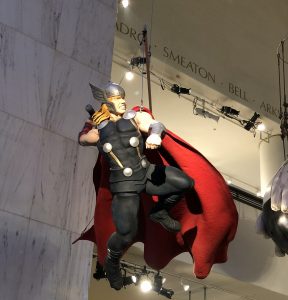 Thor appears to soar across the dome of the museum. 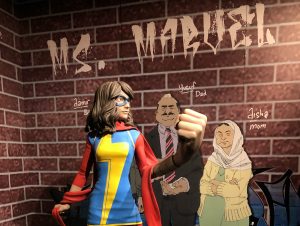 Ms. Marvel, the MCU’s first Muslim female superhero, is previewed at the exhibit at Chicago’s Museum of Science and Industry. 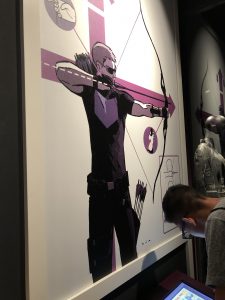 Fans await the next chapter in Hawkeye’s story, the next Marvel Studios series to debut on Disney Plus later this year. 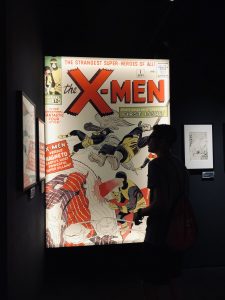 A young visitor to the exhibit takes in the display of the first X-Men comic book. 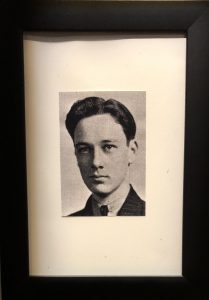