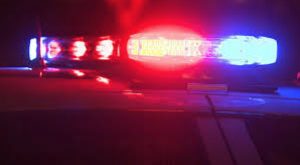 Chicago police said it was unknown as of press time if any money was taken in the two incidents.

In a possibly related incident, three male blacks were in custody in connection with breaking the side window and entering a car dealership in the city’s Portage Park neighborhood at 2:13 a.m. Saturday.

The dealership is in the 5100 block of West Irving Park. Chicago police did not release the name of the dealership but Marino Chrysler Jeep Dodge at 5133 W. Irving Park is the only dealership on the block.

Once inside, the three rummaged through several offices before fleeing on foot, according to police.

Responding officers placed the offenders into custody after a foot pursuit, police said. Charges were pending against the three individuals as of press time.

It was unknown Saturday morning if any property was taken in the dealership break-in.

Chicago police said detectives are investigating the possible correlation between the automated teller machines and car dealership incidents but were unable to confirm any relationship as of press time.