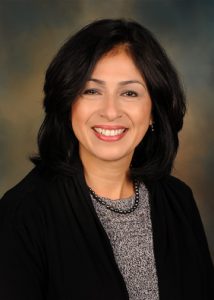 A Berywn school district disputes whether a third-grade teacher punished students for speaking Spanish in her classroom and treated Latino students in a discriminatory way.

But a national legal public interest group is standing firm that 17 parents’ complaints were justified.

The Mexican American Legal and Education Fund’s (MALDEF) Chicago chapter issued a letter Aug. 24 to Berwyn SD100 and Emerson Elementary Principal Jean Suchy outlining parents’ complaints that their children had been discriminated against at the school located at 3105 Clinton Ave.

The letter alleged that during the first days of school Aug. 21 and 22, the teacher told students they were not allowed to speak Spanish in her classroom and when they spoke in Spanish she “punished those students by making them sit on the bare floor while their classmates were allowed to sit on the carpet.”

The students had been in an English Language Learners (ELL) classroom the previous year (second grade), the letter said. The letter alleged the teacher threatened to retaliate if students complained to their parents.

“We received multiple complaints about this teacher,” said MALDEF spokeswoman Veronica Cortez. “Seventeen mothers showed up at the school to complain. They spoke to each other and realized they were all complaining about the same teacher.”

Parents with older siblings said the veteran teacher had behaved the same way the previous year. The Cook County Chronicle is not naming the teacher because the district officially cleared her of any misconduct.

“[The teacher’s] conduct was unprofessional and harmful to her student’s education,” the letter continued. “It is also illegal.”

The school may be in violation of the Civil Rights Act of 1964, which prohibits schools receiving federal funds from discriminating on the basis of race, color or national origin, the letter said.

D100 issued a statement Aug. 31 saying they had investigated the matter.

“The District’s review included an analysis of past practices, and investigation of reports alleging that student(s) were punished for speaking Spanish in class. The review has concluded that such allegations are false and accordingly have been deemed unfounded,” a press release said.

But MALDEF stands by its complaints.

Mothers also complained the teacher told the class she “did not expect much” from 8-year-old Spanish-speaking children and had restrictive and unfair rules for using the bathroom, Cortez said. Parents alleged she made children put their heads on the desk and told Latino children “Don’t look at me.”

One mother complained her son caught a cold after he begged to be moved from a seat too close to an air-conditioning unit and the teacher refused. Other parents said the students were told speaking Spanish was “bad behavior.”

“If what these parents are saying is true, this teacher should not be in the classroom,” Cortez said.

According to MALDEF, the principal and superintendent agreed to meet with mothers one-at-a-time to discuss the complaints, but only met with six parents. “The other [11] parents never got a call back,” she said. Parents later received an email that the teacher was transferred to a reading position and no longer teaches third grade, Cortez said.

Rumors that the teacher was terminated or quit were false, the district’s statement said.

“Statements indicating that a teacher has been removed from Emerson School due to discriminatory practices are … untrue,” the press release said. The district couldn’t comment further on personnel matters for privacy, according to the press release.

The district has been phasing in a bilingual program over the past few years.

“Berwyn South School District 100 is proud of our diverse population and values and promotes bilingualism in our classrooms,” the district’s press release said. “Emerson Elementary School is a dual language school where students are encouraged to communicate in English and Spanish and where instruction is provided in both languages,” the statement continued. “We take pride in our inclusive learning environment where every student is valued, and our programs and goals are reflective of that philosophy.”

Parents were initially eager to speak about the situation to local television news channels and the Telemundo national news, but had since decided not to speak to the media, Cortez said. If the school had not reassigned the teacher MALDEF was ready to take the complaints to the Illinois State Board of Education, she said.

State Rep. Elizabeth (Lisa) Hernandez (D-Cicero) said she had heard about the incident and wanted to find out more.

“I’m really interested that MALDEF was involved,” said Hernandez. “Obviously there were some hurt feelings, but I see this as increased parent involvement — and good for them.”

Before being elected to the General Assembly, Hernandez formerly worked as an administrator in nearby Cicero Public School District 99.

District 100, one of two districts serving Berwyn, has an 82 percent Latino student population, according to the Illinois Report Card. Emerson School has a total enrollment of 323 students of whom 72 percent are identified as “Hispanic” with 23 percent English Language learners.

Hernandez praised D100’s Superintendent Mary Harvis for several trips to Springfield to lobby members of the General Assembly to resolve the state budget crisis and to create more equitable education funding. The district has a $2.1 million deficit, according to Annual Financial Reports filed with the ISBE. Harvis has said the district may have to shutter two schools.

“The superintendent has done great work and I admire her efforts in Springfield to get more resources for the [district],” Herenandez said. “They have and an administrator in there who is doing her due diligence.”

MALDEF gets involved around the country when students are punished for speaking Spanish in class, Cortez said. Unfortunately, it happens with regularity, she said. “We’ve seen it in Texas and California in the past.” MALDEF is a “privately funded non-profit public interest law firm that promotes and protects the civil rights of Latinos in the United States,” according to the organization’s web site.

Spanish-speaking immigrants are becoming more aware of discrimination because of conversations in the presidential race, Hernandez said.

“It’s happening at the national level,” she said.  “It’s sort of this nerve that has been tapped on that was dormant within the public for so long. In the past, so much effort was made to bring understanding, to show there is a lot more common ground with immigrants: Making a better life for our family, getting a good education and a good job.”

Parent complaints were a good way for the district to hear about changes that may be needed, Hernandez added.

“I do believe that parents must have a say.  There needs to always be room to hear out any sort of complaints, especially with that many parents coming to [the principal],” Hernandez said. “I’m gong to reach out and help the school [district] find some solution,” Hernandez continued. “I’m going to encourage they take it a step up and work on something that will show to the parents that they are sensitive to appreciating different cultures.”