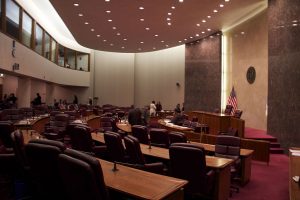 The Chicago City Council wants to help ex-offenders get work in the trades.

The council recently approved an ordinance that gives incentives to local construction contractors who hire ex-offenders. The companies that hire the city-certified returning citizens would log their hours when working on a city-funded project. They would then get up to 1 percent of that contract as a credit toward their next contract.

“Having a job is one of the major predictors in determining whether someone is going to be successful in staying out of prison,” she said.

But Vollen-Katz is concerned with the methods the city will use to qualify the ex-offenders.

“Too often we see programs like this tailored very narrowly so that the number of people who can participate ends up being very small,” she said.

Illinois-based Builders Association Executive Director Dan McLaughlin said voluntary programs are always preferred to mandatory requirements. He said the effort will help people get gainful work, and the ordinance will help his contractors with their greatest challenge: an ongoing skilled labor shortage.

“Ever since the recession, a lot of people have left the industry,” he said. “There’s a lot of opportunity in the construction field in the next few years.”

While nearly half of all ex-offenders return to prison within three years, the nonprofit Safer Foundation said gainful employment reduces recidivism to 16 percent. Illinois spends approximately $1.4 billion yearly on prisons.