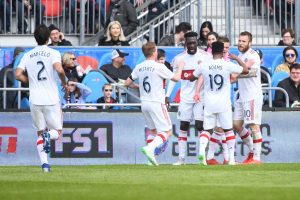 The Chicago Fire and the Village of Bridgeview have finalized the terms of their divorce.

As part of a renegotiated lease announced on Tuesday, July 9, the Major League Soccer team will no longer play at the village-owned SeatGeek Stadium and instead move games to Chicago beginning in 2020.  The team has been playing games at the Bridgeview stadium for 13 years.

But the separation will be costly—as much as $65.5 million—to break a 30-year lease that originally called for the Fire to play at the 20,000-seat, soccer specific arena until 2036.

“We’re glad we are able to strengthen our relationship while exposing even more fans to our club and world-class soccer in a more centrally located Chicago stadium,” Andrew Hauptman, the team’s chairman and majority owner, said in a statement. “Today marks the next chapter in the growth of the club and the opportunity to play for more fans than ever in one of the world’s great cities.”

Under terms of what was described as an amended agreement, Bridgeview would receive $60.5 million over the remaining term of the lease, including an upfront $10 million payment.

The Fire will also contribute $5 million to be used to refurbish and expand existing soccer facilities around SeatGeek Stadium. The village  looks to develop the venue into  a multi-sport recreation and entertainment center. 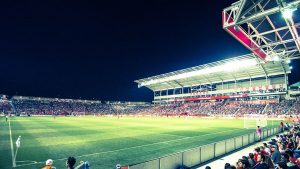 SeatGeek Stadium is owned by the village of Bridgeview. The Chicago Fire has played there since 2006. (Photo courtesy of Chicago Fire)

“SeatGeek Stadium will now have year-round availability for consistent high-revenue generating entertainment events for years to come,” said Mayor Steven Landek in a statement. “Additionally, the expanded recreation venue will create even more growth opportunities for the Village. I’m extremely excited about the benefits this agreement will bring to our community and for the future of a sports team that all of us in Bridgeview and the region have come to love.”

The Fire also will continue to train in Bridgeview and operate Chicago Fire Youth development programs from there.

The team has reportedly sought a return to Soldier Field, home of the Chicago Bears as well as high-profile soccer exhibitions and tournaments like the recent CONCACAF Gold Cup final between Mexico and the United States.

But the City of Chicago and the Chicago Park District say there’s no commitment to a Fire return.

“Soldier Field is a world-class stadium that hosts an array of high-profile sporting events each year,” Mayor Lori Lightfoot’s office said in a statement, “While the Chicago Park District welcomes opportunities to bring new events to Soldier Field, there is currently no agreement with Chicago Fire.”

There also aren’t any other in-city options. In the 1970s into the 1980s, the defunct Chicago Sting soccer team played games at Wrigley Field, Comiskey Park and Soldier Field. But Wrigley and Guaranteed Rate Field — the current White Sox home — have not been mentioned as potential game sites.

Published reports have suggested the Fire are interested in construction of a soccer-specific in-city arena, but such as prospect might be several years away. 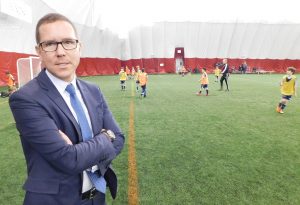 The Fire joined MLS as a 1998 expansion team and won their first and only league title in that inaugural season. They played their first three seasons at Soldier Field until the lakefront arena underwent reconstruction. From 2002 until 2004 the Fire placed at Cardinal Stadium at Naperville’s North Central College before returning to Soldier Field.

The Fire drew 30,000 fans in their first game back on the lakefront but a long-term stay was not in the cards. Fire officials sought to build a smaller, soccer-specific stadium and found a willing partner in Bridgeview.

The team moved into the Bridgeview stadium — originally called Toyota Park — in 2006.