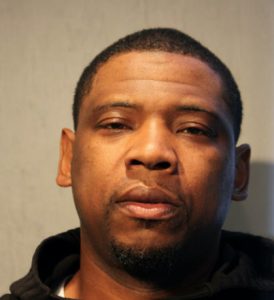 A Chicago man has been charged with murder and mob action in connection with the March death of a bar employee in Chicago’s River North area.

Michael Matthews, 41, a resident of the 3600 block of West Grenshaw Street, was arrested Sept. 29 in the 5100 block of South Wentworth Avenue when he surrendered himself into custody, knowing a warrant had been issued for his arrest, according to Chicago police.

Matthews in charged with murder in connection with the March 8 death of a 28-year-old employee of Sound Bar on the 600 block of North Franklin.

Police said before the shooting about 15 people began fighting in an alley outside the bar.

During the fight, Matthews pulled out a handgun and fired several rounds, striking Thurman Bailey, 28, and a 58-year-old, police said.

Bailey, an employee of the bar and a Bronzeville resident, died early March 8 at Northwestern Memorial Hospital, according to police.