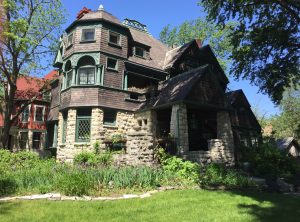 Suburban communities are being called on to work with struggling Chicago neighborhoods in a kind of sister city program.

Cook County Commissioner Richard Boykin said in the same way suburbs have sister cities in foreign countries, they can adopt neighborhoods in the city that are in need of assistance.

“As a result of all the violence that is taking place in the city — more than 1,100 people shot to date, 203 people killed — these predominantly African-American communities are driving the violence,” Boykin said at the May 10 County Board meeting. “In suburban communities, we have ‘Jobs available’ signs up and manufacturing taking place. In the city, we have great unemployment at levels of 20-plus percent.”

Cook County Board members unanimously approved the resolution calling for cooperative agreements between suburbs and city neighborhoods. The resolution is only advisory and has no expenditure of county funds to promote any such program.

Boykin said the idea was spurred by a recent meeting between residents and officials of Oak Park and the bordering Austin neighborhood in Chicago. 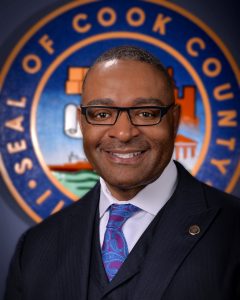 “There has been tremendous violence in the Austin neighborhood. In fact, they lead all 77 Chicago neighborhoods in terms of homicides,” Boykin said. “The residents talked about imaginary walls being built up and there is already a lot of cross-collaboration taking place. All we are doing is urging suburban communities to consider trying to work with their neighbors in a positive way.”

Boykin hoped that all 17 Cook County commissioners would share the resolution with the suburban communities they represent and encourage them to adopt city neighborhoods.

The commissioner, who represents both Oak Park and Austin, said that while many suburban municipalities thrive and flourish, there are other area struggling to attract economic development and instead are stricken with poverty and violence.

He noted the University of Illinois at Chicago’s Great Cities Institute Study showed that unemployment rates for youth ages 16-19 were at 92 percent in Greater Grand Crossing, 91 percent in Austin and 89 percent in Englewood.

The numbers do not get much better for 20- to 24-year-olds in those same Chicago neighborhoods, with unemployment at 67 percent in Englewood, 66 percent in Greater Grand Crossing, and 59 percent in Austin.

“The best anti-poverty, anti-crime program is a job,” Boykin said in his resolution. “A strong Chicago is in the best interest of surrounding suburban Cook County.”

The resolution calls for collaboration around building the economies of city neighborhoods. sharing ideas about boosting business, mentoring young people, and collaboration between park districts and schools in the city and suburbs.

“Rebuilding communities that have suffered years of disinvestment will benefit other communities across Cook County,” Boykin said in his resolution.