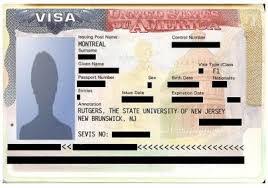 A Chinese businesswoman has been sentenced to more than three years in federal prison for conspiracy to commit visa fraud.

Weiyun Huang, also known as Kelly Huang, 30 of Beijing, provided false verifications of employment for foreign nationals seeking to stay in the United States on F-1 or H-1B visas.

An F-1 visa permits a foreign national to study in the United States at a university or other academic institution.  An F-1 visa-holder could extend the visa by participating in a program that required the student to obtain temporary employment in their area of study. An H-1B visa permits U.S.-based employers to temporarily hire foreign nationals in specialty occupations. Foreign nationals with an H-1B visa are permitted to stay in the United States for three years, with the possibility of extending their stay to six years.

Huang admitted in a plea agreement that she founded two companies – Findream LLC and Sinocontech LLC — for the purpose of employing foreign nationals in the United States. Huang advertised fraudulent visa-related employment with Findream on websites. In exchange for a fee, Huang and the companies provided false offer letters and verification of employment letters as evidence of employment, knowing the customers did not work at Findream or Sinocontech. Huang also completed, signed, and certified immigration forms detailing the customers’ work at the companies. For customers who sought proof of payroll, the individuals had to provide the payroll funds to Huang, and Huang then caused direct deposits to be payroll payments from Findream’s bank accounts to be deposited in the customers’ bank accounts, and issued Form 1099-MISC tax forms documenting the purported salary.

The fraud allowed at least 2,693 customers to list Findream or Sinocontech as their employer to stay in the United States on visas, Huang admitted in the plea agreement. Huang and her two companies received at least $1.5 million from customers for whom they agreed to falsely certify employment.