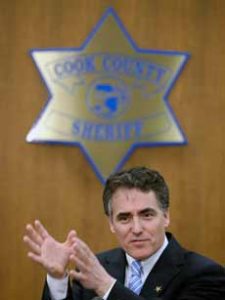 The very beginning of a defendant’s brush with the law is the time at which positive changes to court protocol can be made, according to criminal justice scholars in Cook County and the Illinois Supreme Court. Reformers are taking a look at the cash bail system, which critics say is an unfair mechanism that keeps persons in jail before their trial based on whether they can pay. Critics say cash bail is purportedly a guarantee someone will show up in court, but that it actually throws a wrench into defendant’s lives and is correlated with longer prison sentences.

Just in the past two months, more scrutiny has been given to the cash bail system and pre-trial incarceration than had been previously.

Several reports have been released; a lawsuit was filed in federal court and several elected officials announced they would hold hearings to discuss cash bail.

Cook County Sheriff Tom Dart has complained for years that the jail is filled with persons charged with low-level crimes who cannot afford to pay even $100 in bail, and so must wait for their trial in jail. These detainees rack up daily costs borne by taxpayers and they overcrowd the jail.  Meanwhile, some detainees who might be more dangerous to society, can bond out of jail by paying.

How does bail work?  Bail is set by judges at a bond hearing, usually within 72 hours of a person being arrested and charged.

“This is before a trial, when [a person] is supposedly innocent until proven guilty,” said Sharlyn Grace, a criminal justice policy fellow at the Chicago Appleseed Fund for Justice. Bond Court is the point where a judge is supposed to determine if the defendant is a danger to society or a flight risk, Grace said.

But typically in Cook County — and elsewhere around the country — judges automatically assign a high bail amount, the whole case taking a minute or two.

In Cook County Circuit Court, a nine-point case assessment tool, or Public Safety Assessment (PSA) is supposed to counter bias in assigning bail amounts by statistically rating a detainee’s likelihood of missing court dates or returning to a life of crime. But a Feb., 2016, Court Watching Report by the Community Renewal Society indicated that many Cook County judges did not appear to take PSA scores into account when assigning a bail amount.

Defendants who can’t pay a 10 percent D-bond, must wait in jail for a trial. Some indigent detainees in Cook County Jail stay in custody for years waiting for trials delayed by legal continuances.  This is even though a bond-lowering appeal is available.

“Even the 10 percent is far too much for many of the people who are being targeted for over-policing and arrest,” said Holly Krig, of Moms United Against Violence and Incarceration. “They don’t have access for those kind of resources, nobody who can post that amount for them.“ 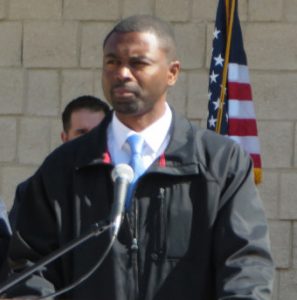 In September, Chicago entrepreneur and former mayoral candidate Willie Wilson announced he would personally pay $15,000 to bail out non-violent detainees awaiting trial in Cook County Jail who could not afford to pay small bond amounts. Six men were released who could not afford bonds of between $100 – $500. Wilson also gave each man $200 to help get on their feet.

Shortly thereafter, Cook County Board President Toni Preckwinkle announced a hearing Nov. 17 on the use of pre-trial cash bail.

A study by Injustice Watch was released Oct. 14 examining the effects of cash bail and interviewing prisoners who had been released on bail.

Meanwhile, on Oct. 16 a federal class action lawsuit was filed against several Cook County Circuit Court judges, the Sheriff and the court itself alleging judges set high bail amounts that defendants could not afford to pay.

Chief Judge Timothy Evans released a statement saying his office had improved pre-trial evaluation, but had been denied funding from the County Board or a free-standing pre-trial unit that would employ 117 people. Evans also said he was working on a Request for Proposals RFP for an overhaul of the court’s clumsy computer system.

Then on Oct. 25, representatives of the Illinois Supreme Court announced the court’s participation in the national 3DaysMatter movement that aims to divert defendants from the jail system before they end up in pre-trial detention.

The only county court organization that hasn’t weighed in on cash bail is the States Attorney’s Office, which will undergo a regime-change after the Nov. 8 election. Kim Foxx campaigned on a platform of criminal justice reform, so it’s likely she will be interested in bail reform.

There are better ways to ensure that a defendant returns to court for trial other than “putting them in a cage,” Grace said. Text messaging reminders, a bus card or other guaranteed transportation might help free defendants made it to court, she said.

Studies show even a short wait in jail can be devastating to the lives of the accused, especially for low-income African American or Latino detainees.

“People can lose their job or their car,” Grace said. “They can have problems arranging care for their children.”

Detainees awaiting trial in jail have less freedom to work on their defense and are statistically more likely to be pressured into a guilty plea or be sentenced to prison terms.

Grace is part of the Chicago Community Bond Fund, a crowd-funded revolving account, which pays bond, allowing prisoners to walk free until their trials. The project has bonded out around 47 people and not one has skipped out on their sentencing, Grace said.

Meanwhile, it seems that a new approach to cash bail — either eliminating or reforming the system — could be coming.

“There are a lot of organizations and politicians are talking about monetary bond, looking at it as a way to address issues of mass incarceration,” said Grace.

“It’s a positive development that there’s so much conversation around this issue,” she said.

“I am optimistic that with so much attention there will be a chance to look at what’s actually good policy, not just the way we’ve done things for 50 years,” she added.

“We have to be careful to see whether those strategies are really going to reduce the jail population,” she said.

What happens in Cook County affects the entire prison population of the state, because so many incarcerated persons are sentenced from the Cook County Circuit Court, Krig said. Reforming the cash bail system would likely have ramifications and lead to fewer incarcerations across the state prison system.