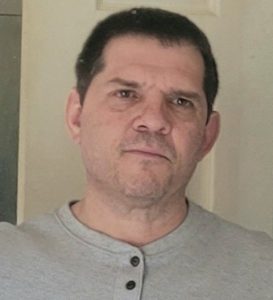 Asked in an email for comment regarding their plans going forward with the Lempesis case, a State’s Attorney spokesperson declined, saying, “We are unable to comment on pending litigation.”

Lempesis was convicted of the sexual assault of former Concordia player Anthony Collaro and sentenced to 10½ years in prison, following a December 2017 bench trial at the Maybrook courthouse before Judge Gregory Ginex. Ginex has since retired, and Judge Ocasio will oversee any second trial.

As he acclimates to liberty after nearly three years in prison, Lempesis, who is currently living with a relative outside of Cook County, stays busy finding new defense council and reviewing voluminous documentation he says will show he is innocent of all of Collaro’s allegations.

Lempesis said he has many regrets about the past 10 years, and that he is not blameless in those events. He said he accepts the consequences of his actions, but not the criminal consequences.

“One hundred percent, I have regrets,” he said in a phone interview. “I’ve certainly made mistakes. I’m not a good person (regarding Collaro). I’ve used poor judgment.”

He said he’s paid a very high price for his sins.

“I was one of 438 people who had a D-3 coaching job. I woke up every day thankful,” he said. He estimated his actions cost him around $90,000 in total annual income, from Concordia, youth baseball camps and a summer job coaching for a semi-pro baseball team.

“I destroyed my family, I destroyed my career, everything I’d worked for up till then. It was immoral, unethical, but not illegal. At no point did I do anything illegal or deserve to be tried and put in jail.”

While he can never fix what he broke, Lempesis said, he can prove to the world he’s innocent of the criminal behavior alleged by Collaro, a man who, he said, had outside motive of a lucrative civil lawsuit settlement with Concordia. Soon after Lempesis’ trial, Collaro settled with Concordia for an undisclosed amount of money.

Lempesis says he has ample evidence that contradicts Collaro’s court testimony. In setting aside his conviction and granting a new trial, the appeals court found that Lempesis had been denied his right to present an effective defense when Ginex blocked him from access to material that could have produced witnesses to impeach Collaro’s testimony.

As Ginex noted at sentencing, his decision to convict was based solely on the acceptance of Collaro’s uncorroborated testimony. Lempesis has argued in detail that Ginex was wrong on several key facts he referenced as grounds for finding Collaro credible; in particular that Collaro was emotionally vulnerable because Lempesis was the “sole role model” in his life.

“I was not the sole role model in Collaro’s life,” said Lempesis, who notes that the teenaged Collaro had numerous older men in his life, including a biological father and a stepfather, who was a police officer. He said both men regularly attended Collaro’s high school games. As a three-sport athlete and star baseball player who led his team to the state semifinals, Collaro had numerous male coaches in his life.

Ginex also questioned why it was that Collaro was “the only one Lempesis targeted” for sexual acts. But Lempesis said the judge had viewed two pieces of evidence that showed that was not true.

In a five-hour video the judge viewed, Lempesis said, for the entire first three hours there is a second adult male involved with Lempesis, before Collaro appears. In that first three hours, Lempesis and the man are heard talking about a third individual who has expressed interest in participating in videotaping sex acts.

The existence of a fourth individual, a Concordia teammate of Collaro’s, is documented in a Sept. 24, 2010 memo written by Concordia official Jeff Hynes and made available to The Chronicle.

“I asked (the player) if in fact it was true that (Spiro Lempesis) offered to pay him money to perform sexual acts on film for money [sic], and his response was ‘yes,’” Hynes wrote.

Lempesis says he made crucial mistakes in his first trial, including not demanding a jury trial and not testifying in his own defense. He said any second trial will be before a jury, and that he will both take the witness stand and attack Collaro’s credibility. He also promised numerous defense witnesses, including several of Collaro’s former teammates, and possibly Collaro’s father and stepfather.

“The system is broken,” Lempesis said. “An innocent man got three years (in prison). This shouldn’t happen. It wasn’t because of evidence, it wasn’t because I was guilty beyond a reason doubt.”

“I want (the State’s Attorney) to realize what they’re in for and what Collaro is in for if this goes to trial again,” he said.