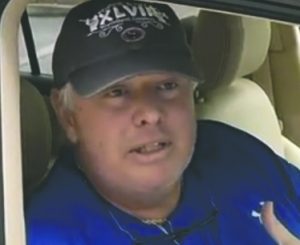 The owner of a debt collection company spent tens of thousands of dollars in an effort to corruptly influence and obtain business from Cook County Circuit Court Clerk Dorothy Brown, federal prosecutors contend.

Donald Donagher Jr., 67, of Mechanicsburg, Pa. and Palm Beach Gardens, Fla., is the owner and chief executive officer of Harrisburg, Pa.-based Penn Credit Corp. From 2009-16, Donagher and Penn Credit provided money and services to benefit court clerks in Illinois and Florida and related individuals and entities, corruptly seeking favorable treatment in the awarding of the courts’ debt collection work, the indictment states. The efforts included payments to certain clerks’ campaign committees, donations to charities supported by clerks, financial scholarships of events held by clerks, and free or discounted “robocalls” made by Penn Credit on behalf of clerks’ campaigns, according to the indictment. 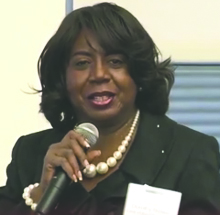 Brown has not been charged with any wrongdoing but is believed to be the target in an ongoing federal probe. Brown could not be reached for comment as of press time.

Illinois Sunshine, an organization that tracks campaign donations, shows that Donagher donated $6,250 to Friends of Dorothy Brown, the campaign fund for the Cook County Circuit Court clerk, between 2009 and 2014. Penn Credit, which Donagher has been CEO of for 42 years, according to his LinkedIn profile, donated $1,500 to Friends of Dorothy Brown in 2014 and 2015, although Illinois Sunshine records show that the 2014 donation of $750 was returned to the company in 2015.

An arraignment in federal court in Chicago has not yet been scheduled.

According to the charges, Donagher in June 2011 had Penn Credit pay $5,000 to a scholarship fund named for the Cook County Circuit Court clerk.  Later that summer, Penn Credit began collecting debt for the Clerk’s Office, the indictment states.

On Aug. 19, 2011 — less than three weeks after Penn Credit began its work for Cook County — Donagher sent an email to Penn Credit employees and an Illinois lobbyist, advising that Donagher had promised Brown “10k of ‘early’ money,” the indictment states.

The following month, Donagher had a $10,000 contribution made in his name “toward the fundraising efforts of contributions to Friends of [the Cook County Circuit Court clerk],” the indictment states.

The indictment further states that, several months later, Penn Credit made hundreds of thousands of phone calls on behalf of the Cook County Circuit Court clerk without invoicing or receiving payment from the clerk’s campaign.

The conspiracy to commit bribery charge is punishable by up to five years in prison, while the maximum sentence for federal program bribery is 10 years.