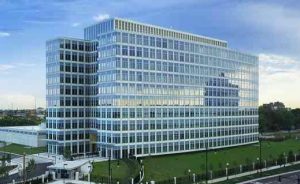 Federal prosecutors in Chicago Feb. 8 announced the indictments of 14 alleged leaders of the Latin Kings street gang for their purported involvement in an ongoing criminal conspiracy that used violence and murder to protect lucrative drug dealing operations in Chicago and suburban neighborhoods.

The indictment outlines gang murders committed from last April to as far back as 1999.

The indictment now charges 33 of the defendants with racketeering conspiracy, and one with a weapons charge.

The criminal charges resulted from a wide-ranging criminal investigation by the Chicago FBI office and Chicago Police that has included elements of the Cook County and Will County Sheriff’s departments, The Hammond, Ind. police department, and officers from the Joliet, Evergreen Park, Bolingbrook, Orland Park police departments, as well as the IRS.

The investigation was conducted by the Organized Crime Drug Enforcement Task Force program, (OCDETF) a partnership between federal, state and local law enforcement agencies. The principal mission of OCDETF is to “identify, disrupt and dismantle the most serious drug trafficking, weapons trafficking and money laundering organizations.”

Prosecutors say the indicted gang members used violence to enforce discipline within their ranks and retaliated against rivals and former members to prevent cooperation with law enforcement.

The alleged members charged in the superseding indictment were affiliated with one of a dozen chapters of the Southeast Region of the Latin Kings, including 82nd Street, 88th and 89th streets, 97th Street, 99th Street, 102nd Street, 104th Street, and the Roseland neighborhood, Blue Island, Dolton, Harvey and Chicago Heights, as well as in Kankakee and communities across the border in Indiana.

The latest indictment accuses nine gang members of six murders. They include: